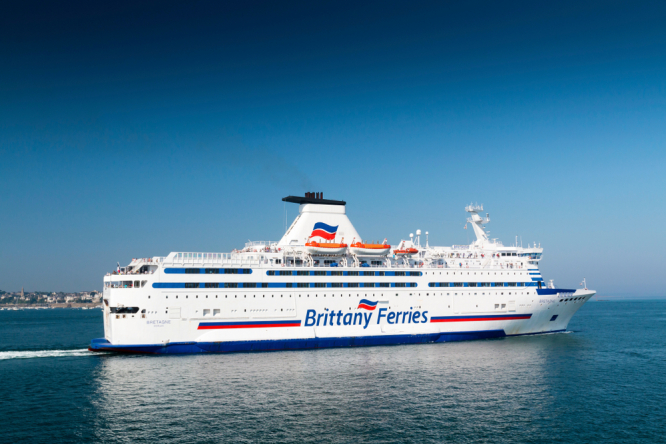 Brittany Ferries has reported a surge in bookings since the UK announced it would soon drop quarantine measures on vaccinated travellers from France Pic: MarkUK97 / Shutterstock

Cross-Channel ferry bookings soared - and continue to do so - after the UK announced that it is removing quarantine measures for fully vaccinated travellers from France from Sunday (August 8).

“Our phones were red hot last night as the news broke, and our call centre continues to be busy this morning,” said Nigel Wonnacott, head of external communications at Brittany Ferries.

He said it was too early to tell how big the surge will be but he welcomed the positive change.

“It is at least a silver lining to the dark clouds that have been hanging over our summer season since France was inexplicably put on the amber-plus list,” he added.

“We very much hope this will release an avalanche of latent demand.”

A spokesperson for DFDS, which runs three passenger ferry routes between the UK and France, said she was very pleased by the UK's announcement.

"We know that there is significant demand for travel because we can see the number of people visiting our website, but until the announcement bookings had remained very low. We have seen a surge of calls to our contact centre and bookings being made [since then] and we are looking forward to seeing more passengers travelling with us," she said.

"We don’t expect a full return to pre-pandemic booking levels, but we do expect the summer season to last longer this year with many customers choosing to travel in September rather than August."

Eurostar also reported an increase in train bookings between the two countries following the announcement and said it is preparing to increase services over the coming weeks.

"We welcome the removal of quarantine restrictions for people travelling to the UK from France. Overnight, we have seen a strong increase in bookings on our London -Paris route and traffic to our website has more than doubled," a spokesperson for the company told The Connexion.

"We are looking forward to welcoming more passengers on board as early as this weekend, and we are ready to further increase capacity over the coming weeks to carry many more passengers between the UK and the continent during the August holiday season," she added.

France is being taken off the UK’s amber-plus travel list, ending the need for 10-day quarantine on arrival for vaccinated travellers from early on Sunday (4:00 BST).

For many people, it ends long months of being unable or hindered in travelling between France and the UK, either due to quarantine measures or the need to have an essential reason.

This has particularly impacted families and friends living in both countries and people in the UK with second homes in France.

Tom Jenkins, CEO of the European Tourism Association (ETOA), previously told The Connexion that the UK’s quarantine measures on France were more likely to affect people travelling for personal reasons than for leisure.

“From the point of view of people in France wanting to go to the UK, this market is in reality only those wanting to visit friends and family,” he said.

The latest change only covers England, but Scotland and Northern Ireland have announced they will also apply it and drop the quarantine measures. The Welsh government has said it will consider whether to follow this latest change, criticising the "ad-hoc nature" of the UK government's travel rules.

The UK announced on July 16 that France had been added to a new category of its traffic light system - the amber-plus list - due to “the persistent presence of cases in France of the Beta variant, which was first identified in South Africa". It was the only country to be added to the list.

The controversial move was criticised by French ministers after it was disclosed that the decision to impose tougher restrictions on fully vaccinated travellers coming from France was partly due to the prevalence of the Beta variant in Reunion, a French island, 5,700 miles (9,180 km) from Paris.

Reunion is listed separately on the UK’s travel list and is now being added to the red list.

“It’s frankly incomprehensible on health grounds. It is not based on science and is discriminatory towards the French. I hope it will be reviewed as soon as possible; it’s just common sense.”

What does the change mean for vaccinated travellers?

The latest change means that people fully vaccinated in France or the UK can, from Sunday (August 8), travel from France to the UK without the need to quarantine on arrival.

All passengers including children over the age of 10 will still have to take a PCR or antigen test before their arrival in England, as well as a second PCR test on day 2.

Children under 18 who are residents in the UK or France do not need to quarantine on arrival or take a test on day eight.

The change from amber-plus to amber will come into effect at 4:00 on Sunday August 8 in England, Scotland and Northern Ireland.

The step aligns France with the rest of the amber list, where those who are fully vaccinated with a vaccine authorised and administered in the UK, US or Europe do not need to quarantine when arriving in England.

*The original article, published August 5, was updated to include the DFDS comments on August 6