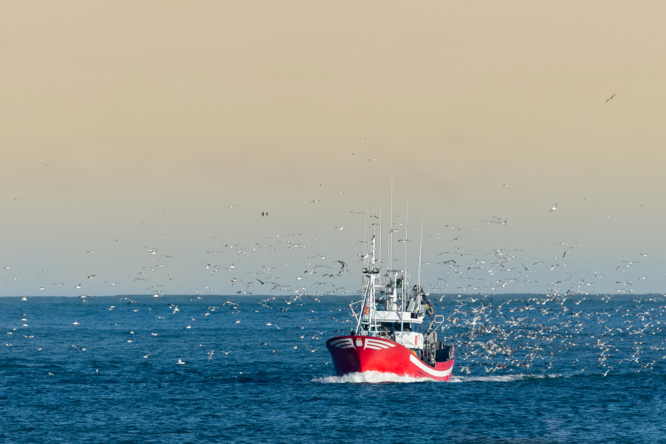 Five French crewmen died when their fishing boat sank in 2004 off the coast of Cornwall, but how it happened remains unclear. Picture is representative Pic: Cpg-photo / Shutterstock

The final report of a British inquest into the mysterious sinking of a French fishing boat in 2004 has been pushed back to November 5. The conclusions had initially been expected on October 22.

The recent British inquest set out to examine how the trawler could have sunk in less than one minute, and to look into the possibility that the incident was related to nearby military submarines performing exercises.

The British inquest began on October 4 and was due to last three weeks.

Judge Nigel Lickley, though, said on Monday (October 18) that he did not think it would be feasible for him to make a decision related to the case by the expected date.

“There is a lot of evidence to consider,” he told AFP.

He later clarified that he would give his final report on November 5.

Of the five French crewmen of the fishing boat who died, two bodies have never been found.

You can read more about what happened to the Bugaled Breizh in 2004 in our article here: UK inquest into mysterious sinking of French fishing boat begins

There are two prominent theories about why the boat went down, although investigations up until now have proven inconclusive.

There were three submarines - Dutch, German and British - operating within 100 nautical miles of the vessel at the time, the British inquest heard.

There were also NATO submarine exercises taking place in the area.

On October 12, the ex-captain of the British submarine the Turbulent, Andrew Coles, denied any responsibility when questioned at the inquest. He said they were docked in Devonport at the time of the incident.

The boat went down on January 15, 2004, 23km off the coast of Cornwall’s Lizard peninsula.

Some relatives of the victims remain unconvinced by the assertions that the Turbulent was not involved. Thierry Lemétayer, the son of one of the crewmen of the boat, said Mr Coles’ testimony did not make sense, Le Monde reported.

“There are still a lot of elements that are not clarified,” he said.

In May 2014, the French justice system concluded that neither the hypothesis that the boat sank due to a fishing accident or that it sank due to the involvement of a submarine could be accepted or ruled out.