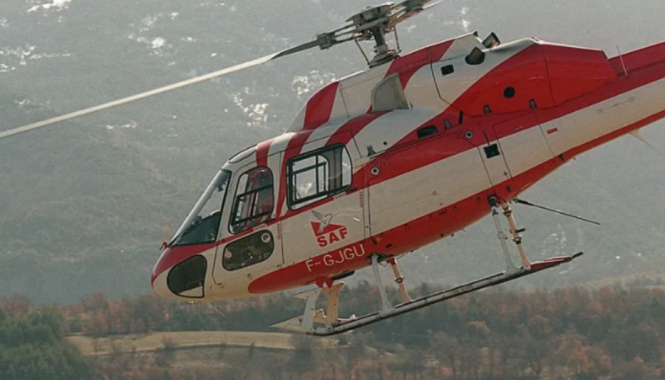 The cause of the crash has not yet been determined, but it killed five people during a training exercise
By Hannah Thompson

A mountain rescue helicopter has crashed in the French Alps, killing five of the six people on board.

The helicopter was an Airbus Eurocopter EC135, and belonged to private rescue company le Service aérien français (SAF). It crashed at around 19:00 at an altitude of about 1,800 metres, in the Savoie department, during a training mission.

All except the pilot died in the incident. The pilot - who was himself critically injured after managing to eject from the aircraft - raised the alarm after the crash.

Savoie prefect Pascal Bolot, said: “From that point on, we knew with certitude that there had been a crash and that there was at least one survivor.”

Three helicopters were unable to access the crash site as part of the rescue mission due to heavy fog. Eventually, the pilot was found at 21:15 by a Gendarmerie Nationale mountain team on foot. He was taken to hospital in Grenoble.

President Emmanuel Macron tweeted his condolences, saying: “To save lives, they all take risks. Tonight in Savoie, three members of the Secours aérien français [sic] and two CRS Alpes succumbed to a helicopter crash. One person, injured, is fighting for his life.

“Support of the nation to the families, friends and colleagues of these French heroes.”

Prime Minister Jean Castex added: “They did not all wear the same uniform, but they shared the same aim: saving lives. The entire nation grieves their death.”

The Police Nationale also tweeted its response, naming the CRS Alpes dead as 45-year-old captain Amaury L. and 36-year-old brigadier Stéphane L. It said: “Our thoughts are with their families. All our support for the CRS mountain workers.”

Later, police union Synergie-Officiers named one of the victims as Amaury Lagroy de Croutte, who had led a CRS mountain unit since 2018.

So far the cause of the crash is not known, but the gendarmerie in the area has confirmed that it took place in a wooded area of the Grand Arc range, and weather conditions had been difficult. Some parts of the accident area were covered in up to 40cm of snow.

Interior Minister Gérald Darmanin has said that he will visit the crash site today.

What is the SAF?

The Service Aérien Français (SAF) is a private rescue company started in 1979, with 40 helicopters and around 300 employees, and mainly based in the French Alps.

In the same way as emergency services, it can be called upon to help with mountain incidents, fires, or avalanche prevention efforts; and is available seven days a week. It has staff trained in mountain rescue, medical emergencies, and flying cargo or transporter planes.

Its website reads: “For each flight call-out, our ground staff ensure the feasibility and safety of the mission…[our pilots] are recruited according to very strict criteria and they follow high-level training every year. They are tested twice a year on their knowledge, and follow several specific courses on risk factors.”

Search for British hiker missing in Pyrenees called off