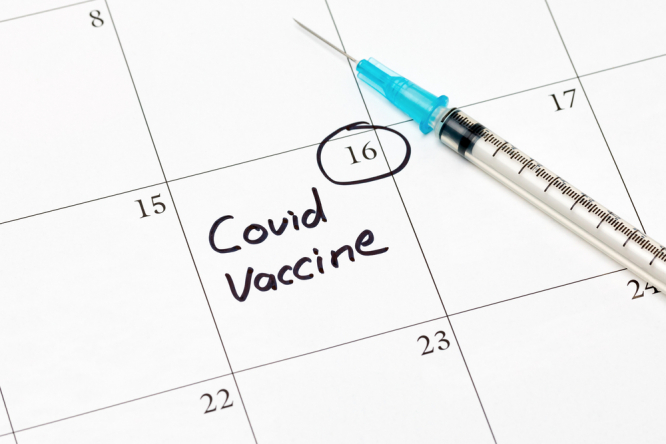 People in France will now be able to schedule a second appointment between 21-49 days after the first, instead of the previous 35-49 days Pic: J.J. Gouin / Shutterstock

France is shortening the gap between first and second doses of the Pfizer and Moderna Covid-19 jabs to ensure that people get fully vaccinated quickly and do not defer a second jab due to summer holidays.

Health Minister Olivier Véran said on Twitter yesterday (June 15): “Are you waiting to get a vaccination in June because you will be on holiday in July? Hesitate no longer. We are modifying the appointment system to allow you to schedule your second appointment between 21 and 49 days after the first.”

Previously, the permitted gap was between 35 to 49 days. The new rules apply to the mRNA vaccines, Pfizer/BioNTech and Moderna, which are the most-used types in France.

The change is to give more flexibility to people seeking a first jab who may defer otherwise as they are away after and may not be able therefore to get a second jab to the previous tighter timing.

Mr Véran said that there may be some exceptions that allow people to get their second vaccine dose in their holiday location rather than their hometown but that this must not become “the rule” for most holidaymakers.

He added that he wants to speed up access to second injections in order to “protect [the population] as much as possible”.

This is especially the case due to increasing numbers of cases of the Delta (or ‘Indian’) variant, which is 60% more contagious than the Alpha (‘UK’) variant.

Figures published in medical journal The Lancet show that after full vaccination (all doses given), after two weeks, the Pfizer/BioNTech vaccine offers 79% protection against serious illness from the Delta variant, compared to 92% for the Alpha variant. After full vaccination (all doses), the AstraZeneca vaccine protection fell to 60% against the Delta variant, versus 73% against the Alpha.

The Pfizer/BioNTech jab has been shown to have 94% vaccine effectiveness against hospital admission due to the Delta variant after one dose and 96% after two doses. The figures for the AstraZeneca vaccine were 71% and 92% respectively.

The health minister did not state definite goals for the vaccination campaign in terms of the number of people vaccinated across the adult population as a whole, but he did say that he wanted to go “as far as possible”, for example, at least 90% vaccinated for people aged over 75. The current figure is at just over 80% among this age group.

He said that France would receive “many vaccines in June”, and that it was “important that much of the public books an appointment”.

France is set to receive 23 million doses of vaccines - mainly Pfizer and Moderna - in June, the Economy Ministry said.

Mr Véran said: “In January, only 50% of the French public had any intention of getting vaccinated, due to fears over the vaccines…[now], 80% want to get vaccinated, which makes France one of the top countries for mRNA vaccines, especially Pfizer, with all fears gone.”