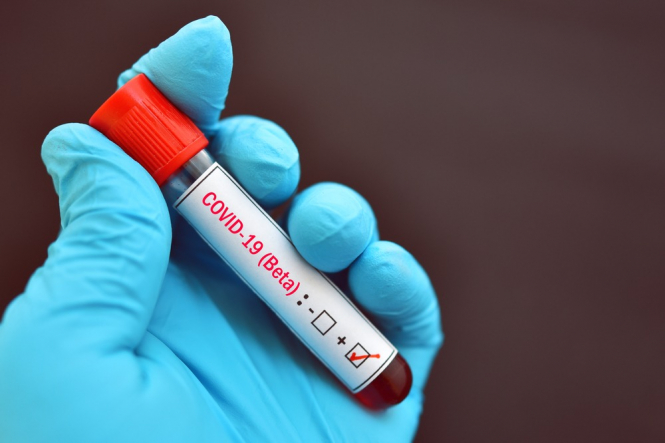 The UK moved France to a special amber plus travel list over concerns of the prevalence of the Beta variant of Covid-19, a concern not shared by France's own health authorities Pic: Jarun Ontakrai / Shutterstock

France is expected to move from the UK’s amber plus travel list back to the regular amber list as early as next week, it is widely reported in the British press.

The change will mean there is no longer a need for visiting Britons to France to self-isolate for 10 days on return, although this only applies to people vaccinated against Covid-19 in the UK.

The Times reported that UK “government officials appeared to acknowledge the threat from the Beta variant of the coronavirus had been contained” in France and hence will place the country back on ‘amber’.

The Financial Times reported that senior government ministers were preparing to put France back on the regular amber list “as the Delta variant replaces the Beta strain as the most dominant form of the virus”.

Florence Débarre, a scientist and researcher at France’s national research centre, the Centre national de la recherche scientifique, said that this was false and that the Beta variant has never been dominant on mainland France, at any point.

She told The Connexion it was difficult to understand the UK’s decision to put France specifically on the amber plus list.

She said the only reliable way to track the variant was through a technique called sequencing, and some of France’s latest sequencing data has contained errors, “which distort the estimates”. It means it is hard to know exactly how many cases of Beta there are in France currently.

What is known is that the Beta variant did not appear as a concern in any official communication from France’s health bodies at that time the UK moved France to its amber plus list - and has not been highlighted as a concern since.

The UK dropped the need for fully vaccinated travellers in the UK and who enter from any of its amber-listed countries, to quarantine on arrival, on July 19. France, though, was placed on a new special ‘amber-plus’ list to which the exemption from quarantine did not apply.

The government attributed this decision to the spread of the Beta variant of Covid in France, first identified in South Africa.

“The Joint Biosecurity Centre assessed that France is a high-risk Covid-19 destination due to the circulation of variants of concern, most notably the Beta variant, which is the variant that presents the greatest risk for vaccine escape,” a UK government statement says.

It adds, “the decision to add countries to the Red, Amber or Green lists is made jointly by ministers, informed by the latest scientific data and public health advice and taking into account a range of factors.”

We look at recent data on the Beta variant in France to see what it reveals.

The Beta variant, in numbers

The Beta variant is considered the majority strain in the overseas department of Réunion, located some 9,000km from Paris. It is, though, said to be “circulating at a low level” in mainland France.

A July 6 report by the official Conseil scientifique, which advises the French government on the pandemic, put rates of the Beta variant for the whole of France at 9%, which includes Réunion.

This has since dropped to possibly under 3%, according to UK media reports, which claim that this drop is the reason France may now be returned to the UK’s amber list.

However, the proportion is not the same as the number of cases, Ms Débarre told The Connexion.

“There is often confusion between the proportion of cases and the number of cases,” she said.

“The proportion of Beta is effectively going down because the number of cases of Delta is increasing,” she said.

This does not mean the actual number of cases of Beta is decreasing in France.

France is using two techniques to track variants. One is screening, where positive Covid samples are checked for specific mutations that are commonly found in variants.

Through this technique, France is tracking the presence of the E484K mutation, which is found in the Beta variant, but also the Gamma and Alpha variants.

This means that even if France finds fewer samples with the E484K mutation through screening, it does not strictly mean the number of Beta cases has dropped, as it could be that the number of Gamma or Alpha cases have dropped.

Ms Débarre said that it was not possible to tell with this data alone whether the number of Beta cases was increasing or decreasing.

She said that the other technique of tracking variants - called sequencing - is the only reliable way to know how many cases of Beta there are in France.

This is where scientists can analyse positive Covid samples and see every possible mutation in the sample.

But Ms Débarre said that the Institut Méditerranée Infection in Marseille, a main sequencing hub in France, has had issues submitting accurate data, “which distort the estimates”, and in general results arrive with delays.

The UK government told The Connexion it is using GISAID, a data initiative that monitors Covid-19 globally in real-time, for data regarding the Beta variant in France. It collects sequencing data, submitted by countries from around the world.

Ms Débarre told The Connexion in a separate interview last week that this number is accurate, based on the sequencing results that France has submitted to GISAID, but is not completely helpful.

“The problem is, this number does not mean anything in itself, because it depends on how many tests are sequenced. It is also dependent on the proportion of cases compared to the population,” she said.

“Other countries in Europe have a lot of cases of Beta too, such as Luxembourg and Finland.

“So why has France been singled out in particular by the UK? I do not know,” she said.

The number also only identifies the total number of cases of the Beta variant that France has found through sequencing and uploaded to GISAID since the beginning of 2021. It offers no indication as to how many active cases of Beta there are in France currently.

France is known to be far behind the UK in terms of its sequencing capacity.

It is therefore very hard to know exactly how many cases of Beta there are in France at this time.

It means that if the UK government was concerned about the prevalence of Beta in France based on data on July 16 when it announced it was placing France on its amber plus list, then there is no reason that there should be less concern based on data available today.

However, politics could also play a role in the decision-making process.

Jean-Yves Le Drian, France’s Europe minister, reportedly told the UK’s foreign secretary Dominic Raab in a meeting in Paris yesterday (July 26) that there was no basis for keeping France on the amber plus list.

ABTA, a leading association of travel agents and tour operators in the UK, also expressed its disappointment at the UK’s decision on July 16.

“While we understand that public health must come first, this announcement will undoubtedly dent consumer confidence in overseas travel just as we are about to see many amber-listed countries opening up for UK visitors in time for the summer holidays,” a spokesperson for the organisation said.

1 day ago
4
Should France's 130km/h motorway speed limit be lowered?