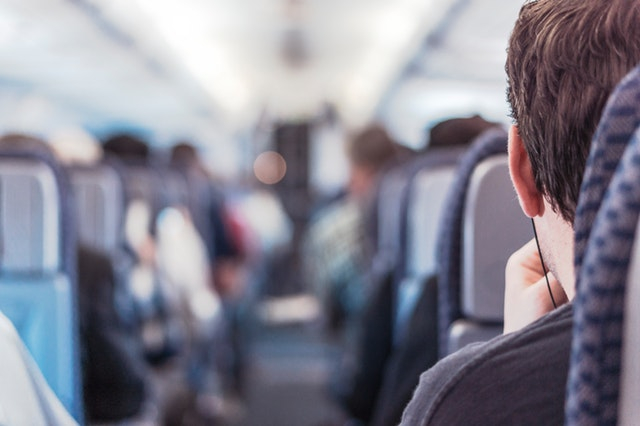 Every passenger ticket for flights leaving from a French airport will have the tax applied, the government has announced
By Connexion journalist

The tax will cost from €1.50-€18 depending on the ticket price and class. It will apply to all passenger tickets on any flights, from any airline, leaving any French airport from 2020 onwards.

Exceptions will be made for passengers who are in France only to catch connecting flights, and for flights to Corsica or overseas French territories.

It will not apply to arrivals.

The measure is expected to raise €182 million per year, which will be invested in infrastructure to support more ecological forms of transport, transport minister Elisabeth Borne confirmed this week.

The government promised that the tax will not unfairly penalise Air France, as the measure will apply to all airlines.

Ecology minister François de Rugy was with Ms Borne at the announcement of the plans, at the second eco council le Conseil de Défense Écologique, presided over by President Emmanuel Macron.

Mr de Rugy said: “[France is fighting] the battle on a European and global scale [so that] airline travel contributes more in the effort against greenhouse gases.”

MP Matthieu Orthelin, who left the LREM party in February over claims that it was not making sufficient inroads on climate change, welcomed the measure, calling it a “victory...in the right direction”.

But Air France has condemned the measure, calling it “incomprehensible” and “extremely damaging”, saying that it will harm its international competitiveness and cost it millions of euros per year. It said that 50% of its business departs from France.

In a press release, it said: “This tax represents extra costs of more than €60 million per year for the group. France is already one of the countries that taxes airline transport the most in Europe."

The company said that it was already looking to speed up its investment in reducing its environmental footprint.

But Ms Borne defended the measure, saying: “The French are stunned that they have taxes on fuel, but that certain sectors, such as airlines, are asked to contribute less. [These measures] aim precisely not to penalise French companies.”

Airline unions were similarly unimpressed with the decision.

A statement from le Syndicat des Compagnies Aériennes Autonomes (SCARA) said: “The government has just brutally - and with no consultation - announced a new tax on airline companies - which are already suffocating under taxes - for train company profit, which is already largely subsidised.”

Thomas Juin, president of airport union l'Union des Aéroports Français (UAF), said: “This new tax is environmental and economic nonsense...it will not help the sector’s ecological transition at all.”

Some MPs in the government's opposition parties were not happy either.

MP for Yonne, Guillaume Larrivé, tweeted: "Yet another tax! When will people finally understand that France doesn't need any more taxes! Let's free the French!"

A press release from the Socialist Party said: "While we are in agreement with the spirit of taxing airline carbon to finance daily transport, we condemn the government's method and its constant gap between its words and deeds on matters of ecology."