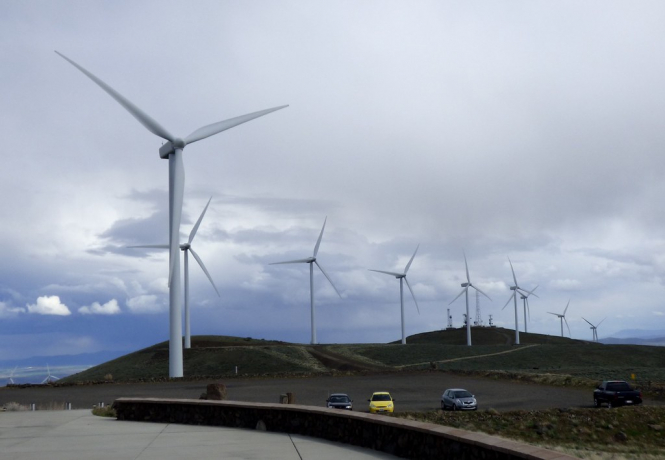 The scheme, which was promised during the Grand Débat National - the series of discussions held with Mr Macron following the gilets jaunes crisis - will bring together members of the public chosen from a random draw of names.

They will then be invited to have their say on issues such as energy consumption, public transport, and the environment, via a series of weekend meetings in Paris.

The selection system used a computer to generate 250,000 telephone numbers from across France, which will be called until 150 willing volunteers are found. The aim is that the final group will be representative of French society, in terms of gender, age, and socio-economic status.

The first meeting is set to take place the first weekend of October, at the Conseil Économique Social et Environnemental (CESE) in Paris. There will be five more meetings before February, after which proposals from the group will be presented to the government.

The government will decide how and if to implement the proposals, with options including introducing them as a parliamentary bill, or through a referendum.

Thierry Pech, director general of one of the organising bodies, Terra Nova, believes that the scheme is a response to the gilets jaunes crisis, in which many people complained they did not feel heard.

He said: “In our country, there is a growing consensus over the danger of climate change, but there is no consensus on how to counter it. Citizens who are representative of their society, debating in a calm, independent and rational way, are capable of finding a consensus on solutions, and opening the way to politicians.”

The scheme is not the first of its kind in France. In June last year, 400 people were invited at random - again selected via a telephone number list - to attend the Assemblée Nationale and discuss energy policy, in a group dubbed the G400.

Yet, two participants of that group have publicly said that they were disappointed in the results.

One, Valérie from Châteauroux (Indre,  ‎Centre-Val de Loire), told news source FranceInfo: “There were four files, including on wind turbines and electric cars. The questions were a little stupid, because they know very well that not everyone can afford an electric car.”

Another participant, who was not named, said that they did not feel like they knew enough about the subject to contribute properly.

Neither felt that the meeting had had much impact on the government’s policies, they said.