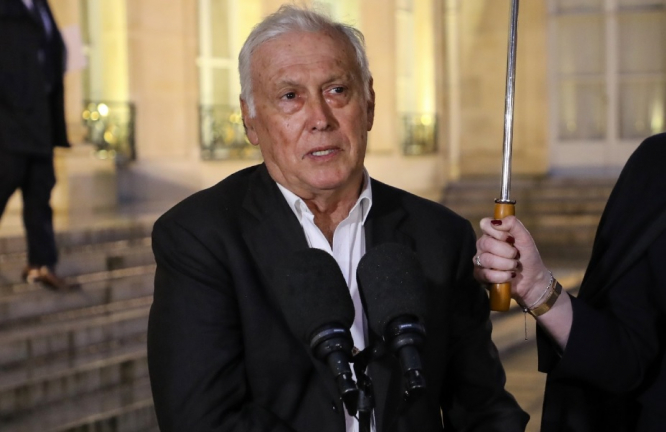 France is in a “critical situation” faced with the Covid-19 epidemic, amid record cases and a second wave that is proving “more brutal” than the first, the president of the government’s scientific advisory council has said.

Jean-François Delfraissy, president of the Conseil Scientifique, said today (Monday October 26) on news channel RTL: “The situation is very difficult, even critical. We have a virus that is spreading extremely quickly.

“We knew that we would have this second wave, but even we are surprised by the brutality of what has been happening over the past 10-15 days. This may be due to the weather getting colder and the fact that the virus is extremely sensitive to the climate.

“This virus is very difficult. This second wave will probably be stronger than the first wave. The pressure on the health system will be here within three weeks, especially when it comes to intensive care. Many members of the public seem to not have realised [yet] what is waiting for us.”

Professor Delfraissy’s comments come as France sees record figures of new Covid-19 cases. The president of Grand Est, Jean Rottner, has said that the region is almost “certain” to go into a second lockdown, and a high-profile epidemiologist has predicted that the effects of the nationwide curfew will “not be known until midweek”.

The latest figures from health body Santé publique France (Sunday October 25) show that there were 52,010 more cases confirmed over the past 24 hours.

This is a record, with the threshold of one million confirmed cases in France reached on Friday. The total is now at 1,138,507.

There were 116 more deaths in 24 hours, and 12,176 more hospitalisations over the past seven days, including 1,816 into intensive care.

Professor Delfraissy has also said that he estimates that there are actually 100,000 positive cases nationwide per day, including the asymptomatic cases, and those who have not been officially diagnosed with a test.

Does this mean the curfew is not working?

It is too early to say.

This morning senior epidemiologist Pascal Crepey, researcher at public health unit l'Ecole des hautes études en santé publique, said that the continuing record cases do not necessarily mean that the curfew - which is now in effect across most of the country - is not working.

Dr Crepey said: “The effects of the curfew will not make themselves known [before] the middle of the week.”

“These figures do not reflect [the effects of] the curfew. What we are seeing today is the ‘normal’ evolution of the epidemic before the curfew measures [were imposed].”

He added: “I think the curfew will have an impact. But right now it is impossible to say if its effect will be big enough to interrupt this dynamic and reverse the curve. That is why the public should limit their contact with others, without waiting for an official lockdown, to avoid the spread.”

Meanwhile, Jean Rottner, president of the Grand Est region, who is also an emergency doctor, has said that it is now “a certainty” that the region is “going towards” another lockdown, “different from the first”.

The area has been particularly badly-affected in the Covid-19 second wave. Mr Rottner said he had asked his executive team to be ready this week, and added: “We are going to have to anticipate, listen, be innovative and help.”

"When we compare that to Belgium, which is going through the same thing; Germany, which has for the first time gone over 1,000 cases per 100,000 inhabitants; Switzerland, which is seeing an inexorable rise in its cases....

“All of Europe is deeply affected, and our country especially. And I think that me saying that I have the feeling that we are moving towards lockdown, it is maybe a warning, but also an alert signal.

"We must be responsible, credible. We have to tell people the truth. The public is very sensitive about this, and doubting politicians and experts.”

France to extend state of health emergency amid record cases