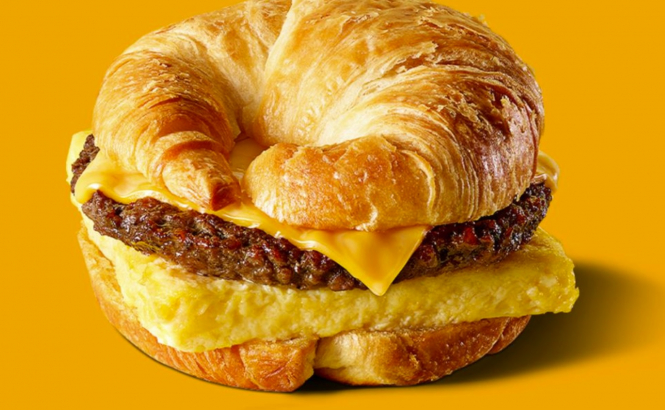 The launch of the Croissan’wich has caused consternation among French users on Twitter.
By Connexion journalist

The “burger” is a collaboration with Impossible Foods, which makes meat alternatives and already supplies Burger King with a meat-free patty - although this is not currently available in France. The Croissan’wich is vegetarian, and includes a vegetable patty, vegetarian cheese and a layer of egg, inside a sliced croissant.

impossible? we eat that for breakfast. try our new collab with @ImpossibleFoods and get the Impossible™ Croissan’wich delivered for free with any $10+ order on the BK app. pic.twitter.com/7GRAZqY4AL

This did not stop French users on Twitter from responding with consternation and calls for France to declare war in response to what some jokingly called “cultural appropriation”.

One posted a picture of the famous 1830 Eugène Delacroix painting, Liberty Leading the People, which commemorates the July Revolution of the same year, and has come to be known as a symbol of France and the French Republic.

The Tweet included the phrase from the French anthem, La Marseillaise: “Aux armes, citoyens!” (To your weapons, citizens!).

Another user wrote: “There were crusades for less.”

Another responded with a newspaper heading reading: “War is declared”, while another wrote: “June 22, 2020 a date which will live in infamy. The Republic of France was suddenly and deliberately attacked by the United States of America when its fast food chain Burger King decided to attack French culture. We are at war.”

Many others made reference to the guillotine, the infamous instrument used during the French Revolution.

One user even tagged French President Emmanuel Macron, saying: “We must go NOW!”, with a video of a nuclear explosion, and others said: “France has the atomic bomb. Just sayin’.”

Another wrote, satirically: “The US ambassador has been summoned to the Élysée tomorrow. The situation is tense.”

But one user delivered perhaps the most devastating blow, simply summarising: “Honestly? It looks disgusting.”

The traditional croissant is still the most-loved pastry in France. An Ifop survey from April 2019 showed that it was the most-eaten, ahead of the pain au chocolat (chocolatine), and was eaten by three-quarters of people in France.

Burger King has 'no plans' for veggie burger in France