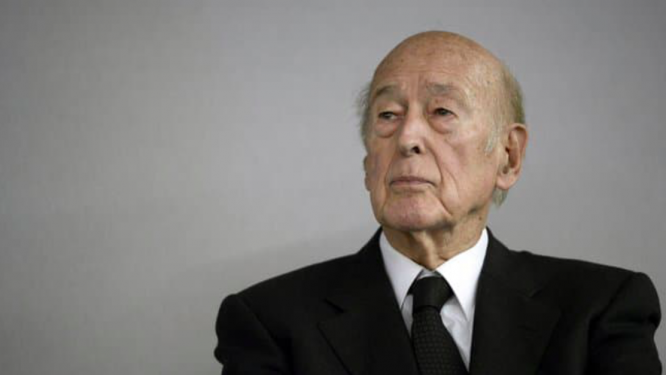 Valéry Giscard d’Estaing was president of France for seven years, from 1975-81
By Joanna York

Leading figures in French politics have paid tribute to Former President Valéry Giscard d’Estaing, who died yesterday (December 2) at the age of 94.

President Macron said in a statement: “The direction that he gave France still guides our path today. Servant of the state, a politician for progress and freedom, his death will be mourned by the French nation.”

President Macron will make a speech tonight at 20:00, following the announcement of Mr Giscard d’Estaing’s death.

Leaders salute a ‘man of progress’

Prime Minister Jean Castex said of the former president: “He put in place a politics that was economic, social, and marked by volunteerism and solidarity.”

He said the social reforms that Mr Giscard d’Estaing had overseen in his time as president were “deeply relevant” today, especially for women and young people.

Mr Giscard d’Estaing, nicknamed VGE, was president from 1974 – 81. In these seven years he legalised divorce by mutual consent. He also decriminalised abortion and lowered the voting age from 21 to 18 years old.

He was instrumental in the creation of two beloved museums in Paris - the Musée d’Orsay and the Cité des Sciences – and gave the French capital the right to elect its own mayor.

Former president Nicolas Sarkozy said he was: “A man who honoured France, a man for whom I feel admiration and with whom I always enjoyed debating.”

Today a one-minute silence will be observed in his memory in the Senate and the Assemblée Nationale.

When Mr Giscard d’Estaing became president at the age of 48, he was the youngest person to hold the office aside from Louis Napoléon-Bonaparte. He was the third president of the fifth republic and was viewed as a modernising leader, before his mandate was interrupted by economic crisis.

In 2001, he became the leader of the Convention pour l’Europe, a movement to create a European constitution, which was eventually rejected by referendum.

One of his last public appearances was at the funeral of his prime minister and eventual successor as president, Jacques Chirac, in 2019.

While running for office in 1974, his opponent François Mitterand claimed that his own proposals were a matter of common sense and of the heart, to which Mr Giscard d’Estaing famously replied that Mr Mitterand did not have “a monopoly on hearts” (le monopole du coeur). “I have a heart just like yours, and it beats to a rhythm which is my own,” he said.

When speaking at the Academie française, aged 78, in 2004, he quipped: “At my age, immortality is a safe haven.”

And when beaten in the presidential elections of 1981, he recorded a goodbye message to be broadcast to French citizens. After his speech is over the camera starts to zoom out, at which point Mr Giscard d’Estaing says simply au revoir, before standing up from his chair and walking away, as the French national anthem begins to play.

Mr Giscard d’Estaing had made multiple visits to hospital in the past few months for treatment for cardiac problems. In a statement his family said: “His health deteriorated, and he died as a result of Covid-19.”

His funeral will be a private ceremony, in accordance with his wishes.