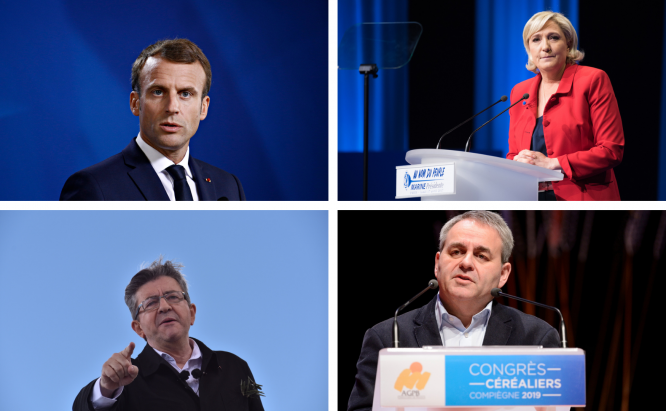 The first round of France’s presidential election will take place next year on April 10, but in order for a candidate to stand, they must receive the backing of 500 elected representatives.

These 500 signatures, known as parrainages in French, must come from officials in at least 30 different departments, with no more than a tenth of them from one single department.

The race to gather signatures has already begun in France, with many candidates from smaller parties starting early to have a better chance of reaching the 500 target.

All candidates have until at the latest six weeks before the first round of voting, meaning they require the 500 names before March 16, 2022.

Who are the signatories?

In the last elections in 2017, 42,000 elected representatives were entitled to present a candidate for the presidential election. However, only 14,296 signatures were given. This number has steadily been decreasing over time.

Elected representatives who can give a signature include MPs, senators, representatives of the European Parliament, mayors and presidents of local authorities, councillors of Paris and the Metropolis of Lyon, as well as departmental and regional councillors.

The system of parrainages began in 1962 under President Charles de Gualle, with the intention of limiting the number of fringe candidates. At the time, candidates only required 100 backers. This was increased to 500 in 1976.

An oddity of the system means that elected representatives with the right to give a signature can back a candidate who has not officially declared his or herself as a presidential candidate.

Who are the candidates for the 2022 presidential elections?

There are currently a dozen or so people who have officially declared their candidacy for the presidential elections. However, some of those belonging to bigger parties will have to face off against other members of the same party in primaries.

This is the case of Valérie Pécresse, president of the Ile-de-France region, who will run against Eric Ciotti, Alpes-Maritimes’ MP, to become Les Républicains’ sole presidential candidate.

Former Brexit negotiator Michel Barnier will also be in the running.

Centre-right candidate Xavier Bertrand, who is the president of the regional council of Hauts-de-France, is also another strong contender in the elections.

There will also be a run off between candidates representing the green party, Europe Écologie-Les Verts.

Other candidates have already been nominated by their parties, such as the far-right Marine Le Pen, president of the Rassemblement National (RN),  the far-left Jean-Luc Mélenchon, MP for Bouches-du-Rhône and leader of La France Insoumise (LFI), and Fabien Roussel, leader of the Parti communiste français.

Extreme-right wing polemicist Éric Zemmour has not officially declared his candidacy, but he has received strong support on social media. If he does stand, it could split the far-right wing voters.

Emmanuel Macron has not yet made an official statement, but the current president is the clear favourite to stand as candidate for his party La République en marche (LREM).

Mr Macron and Ms Le Pen are the favourites to win in 2022. The two faced off in a second round of voting in 2017, with Mr Macron winning decisively.

If voting goes to a second round in 2022, Mr Macron is currently the favourite, according to a poll carried out between September 10 and 13 by Harris Insights & Analytics, a market research company.

Xavier Bertrand and Valérie Pécresse are the leading right-wing candidates, the poll found, polling at 15% and 14% respectively.

Jean-Luc Mélenchon is leading the way among left-wing candidates, polling at 11%.

For the last presidential elections in France in 2017, 11 candidates successfully gathered 500 signatures. This was out of a total of 61 names.

Not all of the 61 had declared themselves as candidates with some being backed without asking for it.

François Fillon, who was candidate for Les Républicains, received the most signatures, with 3,635.

Benoît Hamon, who stood for the Parti socialiste, came second with 2,039 signatures. Macron received 1,829 and Mélenchon got 805.

Marine Le Pen, who went on to face Emmanuel Macron in a second round of voting in the 2017 elections, received 627.