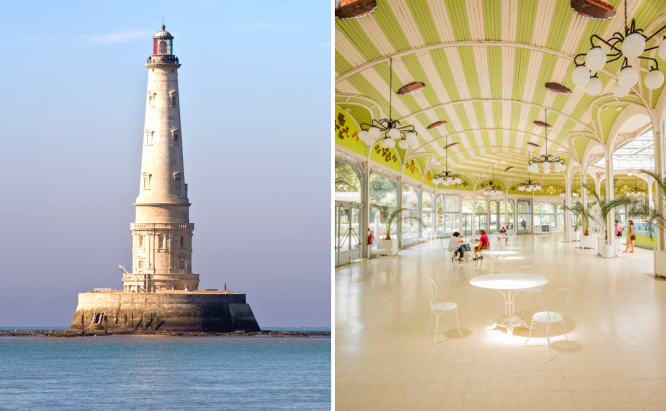 The famous Cordouan lighthouse and the town of Vichy in France now appear on the UNESCO World Heritage List, in honour of their history and the important role they play in the country’s heritage.

The news was confirmed by UNESCO yesterday (Saturday, July 24).

Culture Minister Roselyn Bachelot welcomed the new listings, and said: “This is a magnificent recognition of these two exceptional locations, which bear witness to the richness and diversity of our heritage.”

The 67-metre high tower is located between the Atlantic Ocean and the Gironde estuary and is seven kilometres away from Verdon-sur-Mer (Gironde) and 10 from Royan (Charente-Maritime). It is built on a platform that reveals itself at low tide, and is only visible from the shoreline during good weather.

It is nicknamed “king of the lighthouses” in honour of its long-standing history and royal connections.

It appeared in the inventory of historic monuments compiled in France in 1862, but dates back as far as 1611. It was planned by King Henri III, built by King Henri IV, and further enhanced by Louis XVI. There is a ‘king’s chamber’ in the tower – but no king ever visited.

There are 301 steps to the top of the tower, and a panoramic chamber with 360-degree views at the top.

It was at the lighthouse that scientist Augustin Fresnel first experimented with his famous lens device in 1823. The device allows the light beam to be “flattened and intensified”, and the system is now used in lighthouses across the world.

As a result of the device, at Cordouan, a simple 250-watt lightbulb can be seen from 39km away.

The process for the building’s listing by UNESCO began in 2016 with support from the state, and a petition signed by more than 13,000 local people.

The tower also underwent a €2million renovation project in 2019.

UNESCO has now dubbed it a “cultural good”. It is the second lighthouse to be listed, after that of the Tower of Hercules near A Coruña, Galicia, Spain.

The Cordouan Lighthouse, #France , has just been inscribed on the @UNESCO #WorldHeritage List. Bravo!

The town of Vichy was also recognised for the medical and cultural significance of its thermal waters, along with 10 other towns across Europe.

The listing is partly a result of a campaign that began nine years ago, with the town having mounted a campaign to involve local residents and attract economic investment.

The town now hopes that its UNESCO listing will enable it to attract more tourists in search of the benefits of thermal waters.

Vichy mayor Frédéric Aguilera hailed it a “historic” decision for the town.

The town will now also start work on renovation work on the Parc des Sources, which is considered the heart of the Vichy thermal area.

The town is set to hold a celebratory party, including concerts and entertainment, from the afternoon and into the evening of July 29.