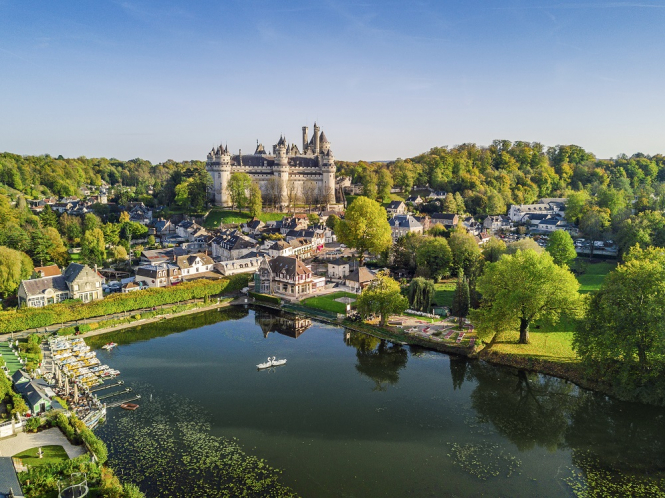 Pierrefonds village is well-known for its castle, its forest and lake
By

Director of the tourism office of Pierrefonds, Jérémy Maison told Connexion: “Participation in the show is excellent news, a lucky chance and an honour, and a way to highlight the village and attract people from the region and from other regions.

“Pierrefonds is a lovely village which makes you think of a holiday place. It used to be a thermal resort town. The environment is nice and pleasant. There are lots of restaurants and activities to do such as mini-golf or walking.”

Pierrefonds is well-known for its castle, but it has several attractions, including its lake near the town centre and 15,000 hectares of forests.

The TV show, called Village Préféré des Français in French, is presented by historian Stéphane Bern every year. It will be broadcast tomorrow, on July 1 at 21:05, on France 3 channel. Results of the competition will be announced during the show.

Votes from the public closed in March and the show was filmed in the village of Saint-Vaast-la-Hougue in Normandy, which won the competition last year on June 26.

The village of Cassel (Hauts-de-France) was elected in 2018.