France’s health pass does not have a photo so must we show ID too? 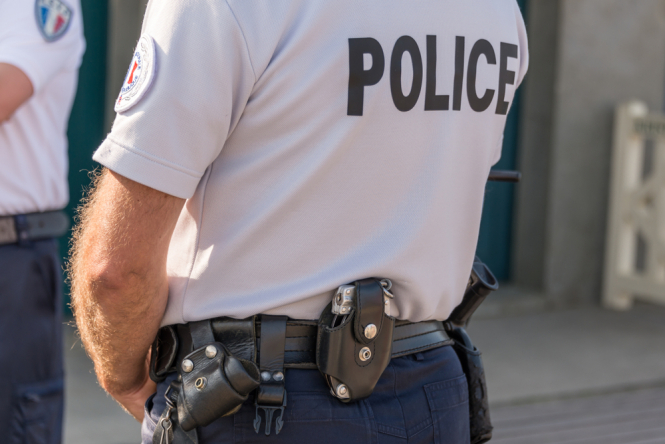 Identity checks by police will not take place within establishments, but outside if necessary, the prime minister said Pic: Delpixel / Shutterstock

Cafes and restaurants will not be required to check customers’ identity when asking for the health pass, Prime Minister Jean Castex confirmed yesterday.

Managers will be responsible for checking health passes, but will not need to see photo ID or be expected to “verify identity”. This will remain the responsibility of law enforcement officers only, the prime minister said on TF1.

If managers suspect that "anything to do with the identity of the person [needs to be checked], i.e. if they suspect that the person is cheating”, they will need to request “second-level checks", which will be carried out by the police on a random basis or on a call from a manager, who can request police checks.

Identity checks by police will not take place within establishments, but outside.

Mr Castex said: “Except at the request of the manager, law enforcement officers will not go into establishments that are open to the public. Checks will be done at the exit of establishments if needs be.”

Police and gendarmerie will therefore be able to check health passes and ID.

‘We are not trained for this kind of thing’

Several shop and restaurant owners had raised concerns that they would need to play “police and gendarme” as a result of the health pass checks.

Franck Delvaux, president of hospitality union l’Union des Métiers et des Industries de l’Hôtellerie in Ile-de-France, told LCI: “How are we going to check clients? What are we going to do if a client doesn’t want to show their health pass?

“We are not trained for this kind of thing; we are going to have an enormous number of difficulties.”

Showing the health pass is currently required for cultural and leisure establishments with more than 50 people in attendance, and will only be required for restaurants, bars and cafes from August if the law is confirmed by Parliament.

Last week, the prime minister said that managers would have a grace period of a week to learn and enforce checks, after which establishments that do not conform to the rules will face sanctions.

These could include fines of up to €45,000 for repeat offenders.

Yet, more than 6,000 restaurant and shop owners have registered on a site to declare that they will not ask visitors to show the pass.

Police response: ‘We have other things to do'

The police and gendarmerie have not welcomed the rules.

Union representatives told 20 Minutes that there are not enough police to carry out the number of checks needed, that they have “other things to do”, and that this is not high-priority work.

Grégory Joron, general secretary of union Unité SGP Police-FO, said: “We clearly have other things to do. Political ideas will come up against the realities on the ground: How are we going to check the terraces of every bar every lunchtime and evening?”

Stanislas Gaudon, general administrative secretary of the Alliance Police Nationale, said: “There are around 200,000 bar and restaurant-style establishments in France.”

Denis Jacob, of the Alternative police union, went further. He said: “[The president] should have clearly announced mandatory vaccination for all people in France to simplify police work.”

Thierry Clair, national secretary of UNSA Police, said: “The measures will really complicate the work of police when it comes to other missions we have already.”

Current French law states that the police and gendarmerie have the right to check your ID to avoid any threat to public order, or within the context of avoiding infractions.

Valid ID includes your identity card, passport, driving licence, election card, carte vitale, or military ID. You can also use your birth certificate. Identified people who are with you can also confirm your identity in the absence of any documents on-site.

If police or gendarmerie cannot successfully validate your identity at the time, you may be detained until your identity can be checked, either on-site or at a police station. You can be detained for a maximum of four hours.

If there is no other way to check your ID, police and gendarmerie can take your photo and fingerprints. Refusal to allow this can lead to a fine of up to €3,750 and three months in prison.

Vaccination must increase, France is now in 4th Covid wave, says PM
6000 businesses in France say they will not ask public for health pass
How will foreign visitors to France use the health pass for going out?
Covid France: Masks not required in places where health pass is in use