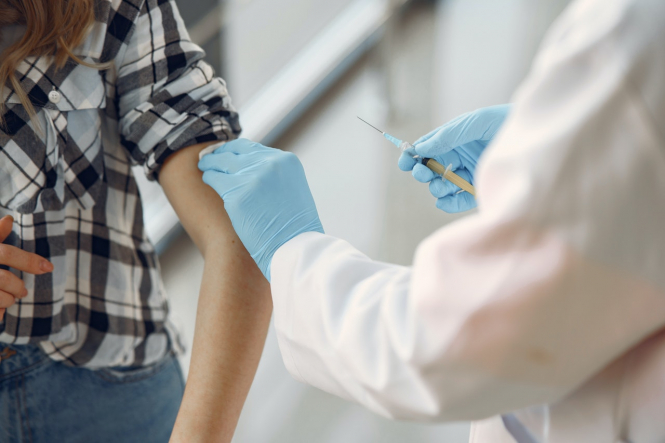 Volunteers are being sought in France as trials continue on a possible vaccine against Covid-19, in a global race.
By Hannah Thompson

Gilles Bloch, head of health institute Institut national de la santé et de la recherche médicale (Inserm) this week told news service FranceInfo: “There is extraordinary work being done by the scientific community, and the industrial community. In the best-case scenario, we could have a vaccination [ready] by the middle of winter.”

He continued: “We can be reasonably optimistic, because we have trials that are in phase three [the phase before being sold on the market]. These trials are on thousands of healthy volunteers, allowing us to ensure efficiency and safety.”

Clinical trials on the project are set to begin very soon in France. Inserm has launched a recruitment platform to seek out health volunteers, “so we can welcome wide scale trials in France”, said Mr Bloch.

The objective is to recruit “tens of thousands of volunteers”, he said.

The race for a vaccine across the world has sometimes appeared political, with Russian President Vladimir Putin suggesting that his country was ahead in the battle early on.

His statement was later tempered by the World Health Organisation, which said it was a premature judgement, while medical journal The Lancet later requested “clarifications” to the study.

US President Donald Trump has also claimed that the US is “very close” to finding a vaccine and that it may be available by the end of the year. However, Dr Anthony Fauci, infectious diseases expert and director of the US National Institute of Allergy and Infectious Diseases (NIAID), has said that this could be seen as rather “optimistic”.

In France, President Emmanuel Macron has also said that there may be a “fair prospect” of a vaccination being ready in the next few months.

A Covid-19 vaccine is currently being trialled at the Institut Pasteur in Paris, but overall France has been seen as “lagging behind” in the global race, when compared to other projects in the US, and the UK, where pharmaceutical giant AstraZeneca is currently working with the University of Oxford.

“We hope to have the first results for four of these vaccines, probably by the month of November, for efficiency tests.”

In Montpellier, local pharmaceutical company MedinCell began its first clinical trial on human patients this week (Tuesday September 29), using the anti-malarial drug ivermectin as a possible protection against Covid-19. Previous test-tube studies found that the drug reduced the viral load of SARS-CoV-2 by 99.98% within 48 hours.

A vaccine has been hailed as the first step in stopping the spread of Covid-19, as it is expected to mean that social distancing and barrier methods will no longer be needed as much, and that people will be more protected from infection.

However, a poll from early September showed that 25% of people in France are unlikely to opt for the vaccination, even if/when it does become available.

A quarter of people in France against Covid vaccine