France stops flights from Brazil: Why the Covid variant is worrying 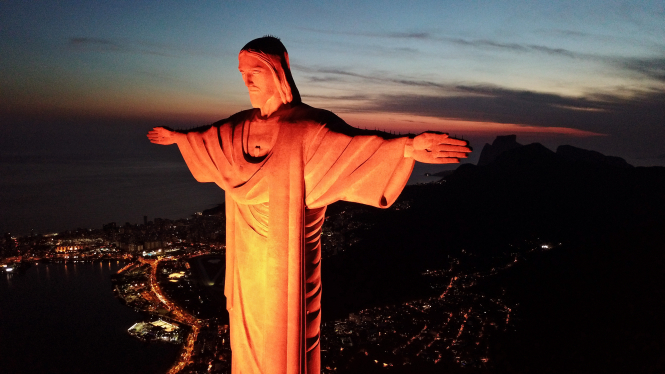 The Cristo Redentor (Christ the Redeemer) statue in Rio de Janeiro in Brazil. The P1 variant of Covid-19, originally detected in Brazil, is barely present in France but there are fears it could spread.
By Connexion journalist

France has suspended all flights to and from Brazil due to concerns over the spread of a Covid-19 variant first discovered in Brazil.

The announcement was made yesterday (April 13) by Prime Minister Jean Castex during a session at the French parliament. He said the ban would remain in place until further notice.

Mr Castex noted that all travellers coming from Brazil already had to test negative for the virus before departure and were recommended to self-isolate for 10 days on arrival.

France’s transport minister Jean-Baptiste Djebbari said the number of people arriving from Brazil to France was around 50 per day, compared to the usual 50,000 per week coming before the pandemic, Le Journal du Dimanche reported.

Brazil has the second highest number of deaths related to Covid-19 per capita in the world, after the US.

The daily number of deaths from Covid-19 was increasing steadily between mid-February and the beginning of April, and peaked at around 4,000 earlier this month. The latest figures show that there were 3,687 deaths recorded on April 13.

One factor thought to be behind Brazil’s troubling situation is the spread of a variant of the Covid-19 virus known as P1, which some scientists have said is more contagious, more dangerous and more resistant to vaccinations.

For the first time since the outbreak reached Brazil last year, 52% of intensive care unit beds are occupied by patients aged 40 or younger, a report published on April 11 by the Brazilian Association of Intensive Medicine (AMIB) found. This is an increase of 16.5% from the period between December to February.

Other factors besides the variant that could be causing this drop in age is the increased number of elderly people who are vaccinated and the attitude of younger people who are less likely to be afraid of the virus and therefore may take more risks.

“This variant carries the E484K mutation, like the South African variant, and this mutation makes the strain that carries it more resistant to vaccines,” he said.

He added that it has been proven to be more contagious and could become the dominant strain in France, overtaking the UK variant.

Around 0.5% of positive Covid-19 cases are thought to be of the P1 strain in France, compared to around 5% for the South African variant and over 75% for the UK variant.

“This Brazilian variant is clearly more transmissible than the original strain, but also probably than the British strain. If it spreads on European and French soil, it could grow rapidly,” Prof Salomon said.

He welcomed France’s decision to ban flights between Brazil and called on other European countries to do the same.

“All European countries must implement the same measures because travellers from South America (or elsewhere) often transit through another country,” he Tweeted.