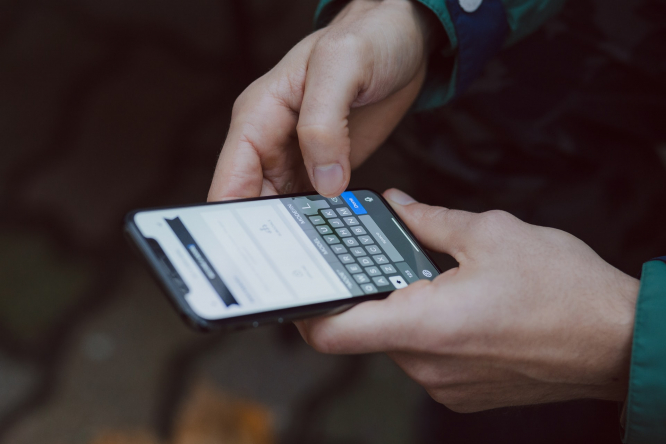 You will now be able to download, fill in, and show your confinement form digitally
By Connexion journalist

The digital form will have the same information as the paper ones, including your name, address, reason for your trip, and the date and time. From Monday, it will be accepted by police, who will be able to scan the QR code as you hold up your phone.

Paper and hand-written forms will continue to be accepted as normal.

The digital form will be available to download from the government website, and will be in a PDF format, editable directly from your phone. No app or extra software or tools will be necessary.

Police will be able to scan your phone from a short distance away, without needing to take it from you.

Interior minister Christophe Castaner said: “The French have taken on the rules of confinement, so it is appropriate to give them a little flexibility with this tool.”

He added that information written into the form will not be saved or collected anywhere, nor will police be able to collect or save the data beyond the checks they already do with the paper forms.

Mr Castaner said: “No-one will collect the data of users.”

The time at which the form was edited will be visible, to avoid people being able to lie about when they filled it in, or “refill” a form that has already been checked.

Mr Castaner said: “You will need to note the time of your trip, and the time you edited the form will be visible to police. This will avoid people from only filling in the form when they see the police.”

The most recent figures show that there have been six million checks, and 380,000 fines given, since the beginning of confinement on March 17.

Mr Castaner said: “We have seen a slight drop in breaches, but nothing spectacular.” He added that the rules of confinement had been generally well-followed, “even if we are seeing a difference depending on the socio-economics of certain neighbourhoods.

“It’s even harder [to respect confinement] when you live in 50m2 in one neighbourhood, than if you are lucky enough to have a terrace with a garden.”