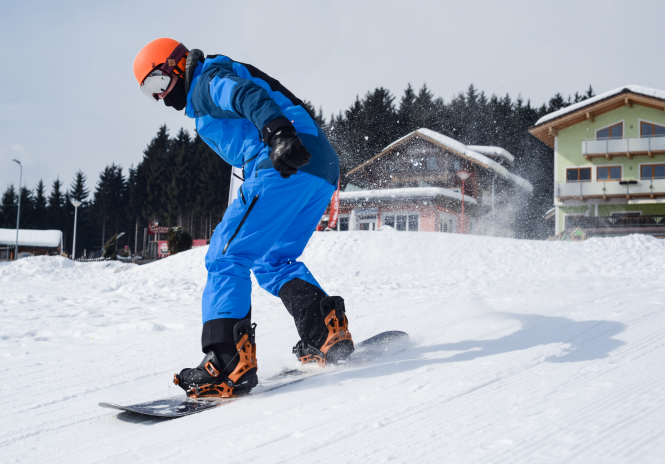 A ski station in Risoul, in the Haute Alpes department, opened on January 19, with seasonal workers demonstrating how the station could enforce social distancing rules – if the government allows ski lifts to reopen to members of the public.

Ski lifts in France have been closed this winter season, in the context of the health pandemic. The government is holding a meeting today to discuss whether they will be allowed to open in February – but it is expected that the lifts will stay closed for the school holidays.

Around 50 workers in Risoul acted out the scenario over a few hours, in which they pretended to be skiers using the ski station while respecting social distancing measures.

One of the workers, Axelle, told news source FranceInfo: “We are taking people’s temperatures. In cases where the temperatures are bad, on the station in Risoul we have a testing centre, and for people who test positive the station has set up empty apartments for them to isolate in.”

Another worker, Sarah, said the experiment made her wish the lifts would actually open. “It really makes you want [to ski]”, she said. “[On the ski lift] we leave a place between each person and it is a reasonable distance.”

Station restaurants were also open for takeaway meals, although manager Maryline said she did not expect to see any customers in the February holidays if the lifts were closed. She said: “We are asking ourselves if we will be able to pay for everything. We are quite stressed.”

Mayor of Risoul, Régis Simond, added: “Our seasonal workers are cashiers and ski professionals who are asking a lot of questions about their future, everyday questions about paying their rent after the season, which is a complicated time.”

The Covid defence council will meet today to discuss whether ski lifts can reopen for the February school holidays.

But the French press has already reported they are likely to stay closed.

A government source told news site BFMTV: “The precarity of the health situation…has compromised the idea of reopening in the short term.”

It is thought that the government is concerned about people mingling while socialising after having finished skiing for the day. One of the first clusters in France was identified in a station in Contamines-Montjoie in Haute Savoie in February 2020.

The potential for injuries that require hospitalisation is also a concern, as hospitals are already under pressure managing the health pandemic.

But ski professionals are still determined that the lifts should open. Mountain association le nouveau Collectif des entreprises de montage – which represents 200,000 employees - has called for lifts to open as early as January 30.

Guillaume Roger, operations director for N’Py, which manages eight stations in the Pyrenees, said the school holidays in February make up 45% of the stations’ annual turnover.

And Henri Giscard d’Estaing, president of Club Med (which operates in many ski stations), told FranceInfo: “The survival of the mountains is at stake.”

So far, the government has offered financial aid of €400 million to the ski sector to cover the months of December and January.