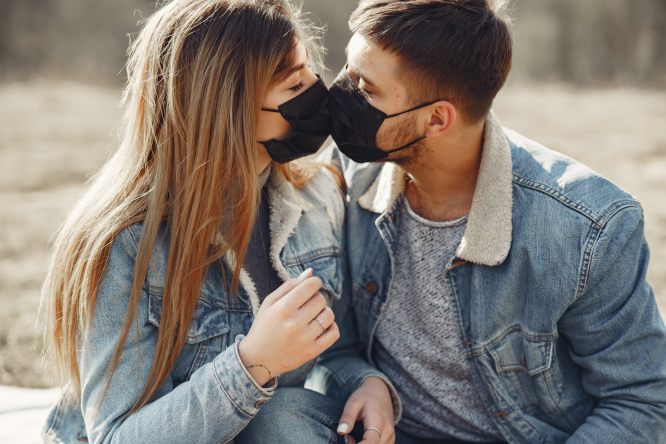 Many unmarried French-foreigner couples have been separated for months because of travel restrictions in place due to coronavirus.

Now French junior minister for European affairs Clement Beune has said that he hopes the couples will start to receive waivers (known as laissez-passers) at the end of this week or the beginning of next week.

But many people still waiting to be issued a laissez-passer are not optimistic the system is working.

A private Facebook group called ‘LoveIsNotTourism-Couples franco étrangers’ has been created to lobby for the couples’ rights and has over 4,400 members.

In response to a question posed in the group by Connexion, Marie-Christine India-Gallur wrote that Mr Beune’s words were just more “blah blah”.

“We don’t expect anything anymore because we’ve already had empty words for the past five weeks,” she wrote.

Ilona Novikova, who is from Russia, said that the system is not working for her and her French partner as they are a new couple.

“That doesn’t mean we don’t want to see each other and we are okay just to have video calls,” she wrote.

“Finally we met each other in Turkey and it was an amazing time after six months of waiting, but both of us have work and it’s impossible to [always take] a vacation to meet each other.

“We just want to have a chance to wake up together at any time we want,” she said, saying that for the French government, “it’s time to work.”

Moniez Christine wrote: “we feel worse than bad, misunderstood, powerless (I could go on) regarding this situation. What we are asking for, the right to see the ones we love when we want, is not complicated.

“France has really disappointed me...I no longer believe in their beautiful promises of a laissez-passer,” she said.

The laissez-passer system was first announced by Jean-Baptiste Lemoyne, a junior minister at the Ministry of Europe and Foreign Affairs, on August 9.

Its aim is to allow unmarried partners of French citizens to bypass coronavirus-related travel bans and enter France. Initially, the government said applications would be approved within eight days.

No laissez-passers have as yet been issued.

“I know it is a very upsetting situation, a very real situation. Measures were put in place at the beginning of August, but they are not satisfactory, that’s what everyone says,” Mr Beune told radio station France Inter on Thursday (September 16).

He said the government had scrapped certain administrative steps to streamline the system and hoped to see the first laissez-passers administered soon.

When pressed on this by France Inter journalist Léa Salamé, Mr Beune clarified: “I have spoken to Jean-Baptiste Lemoyne, who is handling this, and we are committed to accelerating this process because it is taking too long. I know, I understand, but we are doing everything to speed this up.”

A protest for separated couples

Representatives of the Facebook group have criticised the government for poor communication in dealing with their requests.

The group was promised regular meetings with government representatives specifically allocated to handling this subject.

Fabien Lefebvre, an administrator of the Facebook group, said this had not happened.

“The least we can say is we are not satisfied,” Mr Lefebvre wrote in a press release posted on Thursday (August 16).

He said that the group had finally managed to arrange another meeting with government representatives on October 1.

Read here about issues the group has with the laissez-passer system.

The group has also arranged a protest to take place in Paris on September 27, to demand rights for the separated couples. Further details on this have not yet been announced.

Many other countries around Europe including Denmark, Norway and the Netherlands have introduced working systems for unmarried partners of citizens to bypass travel restrictions. Italy also announced its own system that was opened on September 7.

There are still strict travel restrictions for people travelling to France from outside the European Union who can only enter France if they are French or EU citizens (who may be accompanied by their spouse or children), residents of France or of another EU country and transiting through France to get there, or if they work in a field relevant to combating Covid-19.

Read more about the LoveIsNotTourism movement: