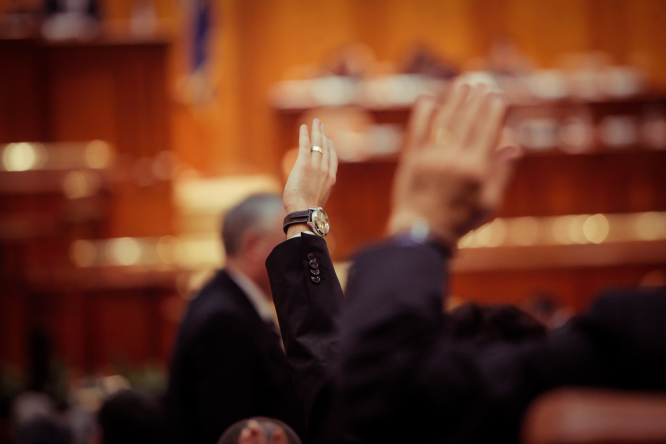 The law was passed unanimously and will now be sent to the Senate Pic: M.Moira / Shutterstock

The new law specifies that so-called “therapies” or religious practices that claim to “cure” homosexuality are illegal.

It defined these as “practices, behaviours or words aiming to modify or repress [someone’s] sexual orientation or identity, having an effect that alters their physical or mental health”.

When MPs Laurence Vanceunebrock and Bastien Lachaud first proposed the law to parliament in 2019 they said research had found “hundreds of recent cases” of conversion therapies being practised in France.

These used techniques including hypnosis, hormone therapy, electric shocks and religious-style practices such as calls for abstinence, ‘exorcism’, and forced heterosexual marriages.

Some of these practices are already illegal under laws against crimes such as violence, illegal use of medicine, and discrimination.

However, Ms Vanceunebrock said that a specific law recognising these in the context of gay conversion therapies was necessary due to the difficulties victims face in pressing charges, and to better measure the scale of the problem in France.

The law was passed by MPs unanimously with no amendments, and will now be transferred to the Senate for a second vote.

If passed, it should be introduced before the end of February 2022.

What are the key dates for gay rights in France?

1981: France says homosexuality is not a mental illness

France removes its signature from a 1968 World Health Organisation agreement classing homosexuality as a mental illness.

The Assemblée nationale put an end to the discrimination that gave sexual majority at 15 years to heterosexuals and at 21 years for homosexuals.

Police were no longer allowed to keep lists of homosexuals.

This helped advance gay rights in other sectors, for example landlords were no longer allowed to evict tenants for being gay.

This was in contrast to civil marriages available at the mairie, which only recognised heterosexual couples.

The Pacs gave gay and straight couples civil and legal recognition of their relationship, but not rights such as inheritance.

Socialist President François Holland promised to legalise gay marriage when he was elected in 2012, sparking protests.

The ‘Manif pour tous’ protestors opposed the legalisation of gay marriage, of giving gay people adoption rights and access to surrogacy, or to assisted reproduction technologies.

Each protest attracted hundreds of thousands of protestors in large cities in France.

The Assemblée nationale legalised gay marriage and gave same-sex couples the right to adopt in France.

June 24, 2021: Assisted reproduction technologies for all

The government passed a law giving access to assisted reproduction technologies to all women, not just those in heterosexual relationships experiencing difficulties conceiving.