French Senate elections: What do the results mean? 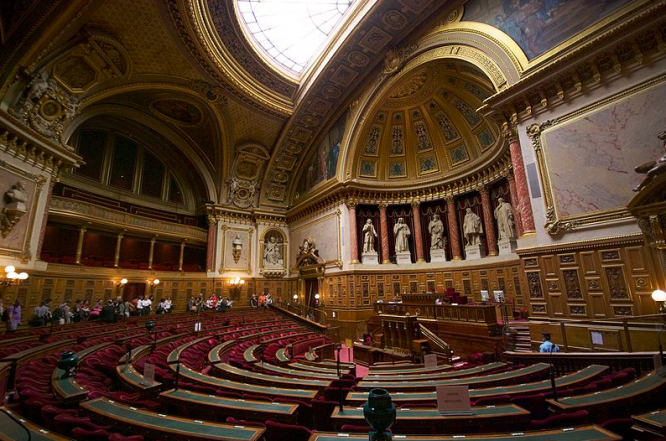 The French senate sits in the palais du Luxembourg in the Luxembourg gardens in Paris' 6th arrondissement.
By Joanna York

Results from the election show that the right, which already held a majority, has strengthened its position. Candidates from ruling party La République En Marche (LREM) had more success than expected, and there were also positive results for environmentalists.

How does the French senate work?

The French parliament is made up of the Sénat (Senate) and the Assemblée Nationale (National Assembly).

The Senate has the power to vote on laws proposed by parliament, examine and discuss proposed bills, and vote on changes to the constitution.

There are 348 members of the Senate, representing all departments and overseas territories in France. Every three years, half of the Senate seats are up for election – the results of one such election were released yesterday (September 27).

Once voted in, senators hold their seat for six years.

The right maintains a majority

Although the names of elected senators were revealed last night, it is not yet confirmed which political parties they will join in the Senate. As such, current results for each party are predicted rather than confirmed.

Current forecasts show Les Républicains (marked in dark blue on the infographic below) with 145-155 seats – making it the largest party.

The Union Centriste (in medium blue), which has an alliance with the Républicains, won 48-52 seats.

Senator President Gérard Larcher wrote in a tweet yesterday night: “This evening the senatorial majority held by the right and the centre has been reinforced.”

On the left, le groupe socialiste et républicain (in pink) is the second largest group in the Senate with 65 seats.

Environmentalists have enough senators to form a group

Environmentalists, represented by the Ecologiste group, now have over 10 members meaning it has the right to form its own parliamentary group in the Senate.

Many new environmental senators come from the Europe Ecologie-Les Verts (EELV) party, and from areas in France in which environmentally-minded mayors have recently come to power.

Existing Ecologiste senator for Val-de-Marne, Esther Benbassa, said: “We will be able to support ecological laws and the propositions from the Citizens' Climate Convention. [The results show] we are gaining ground in rural areas, even though we are often accused of being Bobos [fashionable, middle-class lefties] from city centres.”

Results show some success for LREM

LREM, the political party created by President Macron, did not have the disastrous night that some had predicted.

The party held 23 Senate seats previously and has held on to 21-25 seats in this election. LREM senator André Gattolin said: “They thought we were the living dead. But we can see the personal equations in these kinds of elections are essential.”

Among those who have held on to their seat are François Patriat (Côte d’Or) president of the LREM senate group and an early supporter of Emmanuel Macron.

The far-right hold onto one seat

Returning RN Senator Stéphane Ravier said of his victory: “I had a lot fewer [guaranteed] electors than in 2014, so it was necessary to search them out with conviction.”

Simon Heffer: how Macron is going to lead France post-Covid