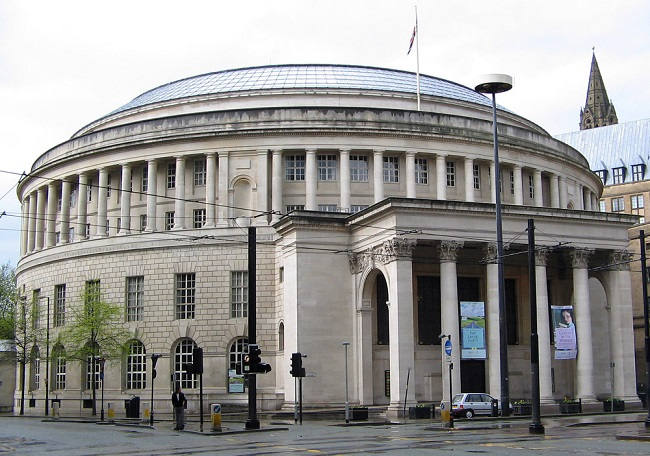 Against the backdrop of Brexit, the two cities are forging stronger relationships and creating a new partnership, said British ambassador to France Lord Llewellyn.

He said: “Britain is a European country and France is our neighbour. Nothing will change that. These ties always were important and are perhaps even more so now.”

The mayor of Montpellier, Philippe Saurel, previously revealed that it was the ambassador who suggested the idea of a partnership.

Lord Llewellyn said: “I’ve encouraged it. Montpellier has a lot of international connections and I was very surprised it did not have one with the UK. And Manchester would be a fantastic match for Montpellier.”

There are currently more than 1,000 such partnerships between France and UK.

Montpellier already has 13 twin cities – in Russia, Brazil, Spain and other European countries – but it will be the first time that the city has been associated with Britain.

Deputy mayor of Montpellier Max Levita met Andy Burnham, the mayor of Manchester, at a summit of French and British mayors in London in March.

The cities are now working on the exact form of the partnership, as each twinning has to be on a different theme.

Previous twinnings of Montpellier with Obninsk in Russia focused on students and medical research, for which both cities are well known, while one with Palermo, in Italy, was on teenagers and digital culture. Lord Llewellyn said: “The cities both have a young and growing population, they are very focused on international expansion, and have excellent schools, universities and research centres.

“I think it would be on practical things that benefit the residents and how they can share their experience in education, business, health, and social opportunities.”

Manchester, the UK’s second city, has 3.2millon residents while Montpellier is smaller, with around 457,000, mainly aged under 34.

There are no direct flights between the two, but the respective French and British expat communities are sizeable.

They also have many similarities. Both have large student communities. There are some 75,000 students in Montpellier – home to one of the world’s oldest universities, founded in 1160, where astrologer Nostradamus studied – and there are 80,000 in Manchester.

Both have local expressions. In Montpellier ‘se gaver’ means to do well while in Manchester ‘buzzin’ stands for excited.

Culture is important to both. Manchester has numerous museums and Montpellier will inaugurate a new large art centre, the MoCo, in June to complement its existing centres.

Sport could be a twinning option. Manchester was the venue for the founding of the English Football League, and boasts two Premier League teams. Ligue 1 side Montpellier HSC was a founder member of the French top flight in 1932.

Lord Llewellyn said: “Football would be a good area for the ties between the two.”