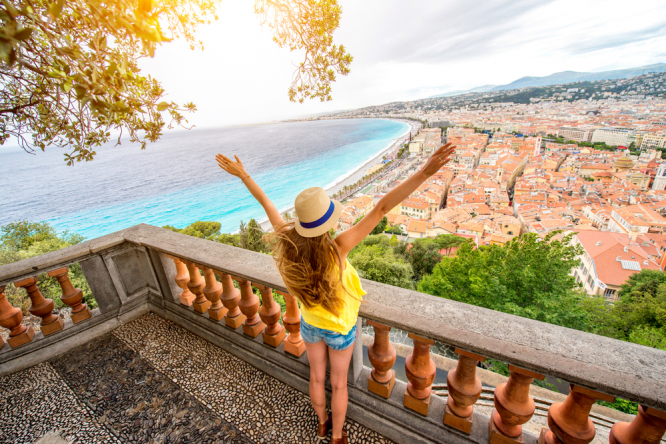 France’s southeastern city Nice has today (July 27) been added to Unesco’s World Heritage Site list, under the label of the ‘Winter Resort Town of the Riviera’.

The city’s mayor, Christian Estrosi, welcomed the news, calling it a historic occasion.

“It has become one of the world's leading heritage cities. It is a historic event, unique in our history for its size and impact,” he tweeted.

Unesco is a branch of the UN aimed at promoting world peace and security through international cooperation in education, the sciences, and culture.

World Heritage Sites are designated by Unesco for having particular cultural, historical or scientific importance.

France has 47 other sites on the Unesco World Heritage List.

Nice is located in the southeast of France, wedged between the Alps and the Mediterranean Sea, close to the border with Italy.

It is known for its famous Promenade des Anglais, which English aristocracy, who often frequented Nice for winter holidays back in the early 19th century, helped to construct.

Other famous sites are Mont Boron - which overlooks the promenade and the city’s beaches - the Cimiez and Baumettes hills, and the city’s maze-like old town.

It has been a popular tourist destination since the 18th century.

Today it is the capital of France’s Alpes-Maritimes department and is home to around 350,000 people.

Inclusion on the World Heritage list means that the city is now protected under the Geneva Convention against destruction or misuse during wartime.

It also means the city could be given extra funds by Unesco to help with restoration or preservation of the city.

Usually cities added to the list experience a boost in global recognition and tourism.

Nice was previously put forward as a candidate to be included on the World Heritage Site list, but was turned down in 2019.

Two other French sites were added to the list on Saturday, July 24: the Cordouan lighthouse, located between the Atlantic Ocean and the Gironde estuary, and the town of Vichy (Allier), under the label the "Queen of the Water Cities".