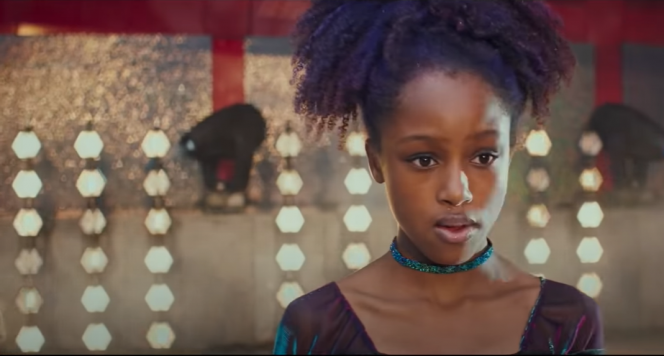 Cuties tells the story of Amy, an 11-year-old Parisian girl who joins a dance group formed by three other girls from her neighbourhood
By Connexion journalist

Culture minister Roselyne Bachelot-Narquin has given her support to the director of the film Cuties (Mignonnes in French) after accusations that the film over-sexualises young girls.

“The virulent critics who target the film 'Mignonnes' suggest the director has an intention that is in total contradiction with the purpose of her work. They are based on a series of reductive and decontextualised images of the film,” Ms Bachelot-Narquin said in a statement.

“This film must continue to be presented to all audiences and to foster a peaceful debate based on informed readings of the work,” she added.

Cuties is a coming-of-age drama that was released this summer in France, written and directed by Maïmouna Doucouré in her directorial debut.

It was released on streaming platform Netflix in the US on September 9.

A #CancelNetflix movement, which encourages people to cancel their Netflix subscription as a protest by critics of the film, has been trending on social media since. It is mainly supported by people in the US.

In August, Netflix faced backlash over a promotional poster for the film, which depicted young children in a provocative way. Netflix has since apologised and updated the image.

The original movie poster is way different from Netflix (see below). Netflix has apologized a few weekk ago about it. It's really unfair to Maimouna Doukouré... https://t.co/D3vVI47oaP

The film tells the story of Amy, an 11-year-old Parisian girl who joins a dance group formed by three other girls from her neighbourhood. The girls imitate the provocative dance moves of today's pop stars.

Ms Doucouré rejected criticisms that her film hypersexualised young girls. She said the critics should watch the film to understand that it was leading the “same fight” against the hypersexualisation of young girls and the unhealthy influence of social networks.

"Stimulating debate is necessary to try to find solutions,” she said, “Me, as an artist by making this film, politicians, the education system, parents, everyone, because this is a real problem."