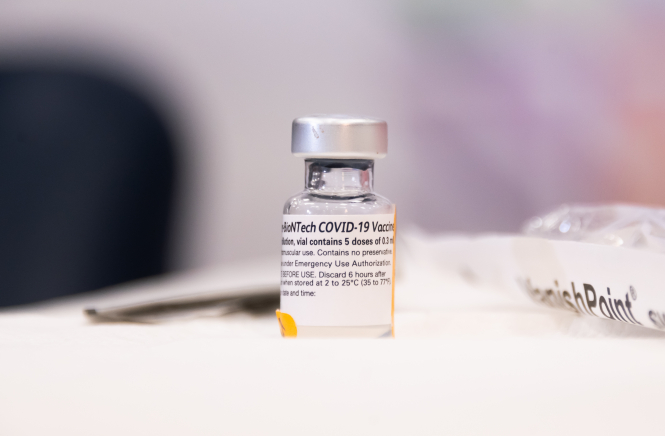 No clear motive for the disinformation campaign has been identified, but it has been linked to a Russian company Pic: Noamgalai / Shutterstock

French social media influencers have been contacted by a mysterious communications agency offering to pay them to claim that the Pfizer vaccine is dangerous.

The agency, called Fazze, describes itself as an ‘influencer marketing platform’ on its website. It is based in the UK but is not a UK registered business. Its London address is fake, and in 2018 it was domiciled in the British Virgin Islands.

It is known to have Russian employees or employees who studied in Russia, all of whom have now deleted or hidden their social media accounts. A LinkedIn page for the business, which has also been hidden, said the agency is based in Moscow.

The agency targeted French influencers who specialise in scientific and medical content.

Influencer Jérémie, known as ‘Docteur JFK’ on TikTok, told FranceInfo: “I was supposed to say the Pfizer/BioNTech vaccine had caused three times more deaths than AstraZeneca.

"The person who contacted me wanted to stay completely anonymous but, in general, when you’re in a partnership you always have to name the brand. It was very surprising.”

Jérémie has around 63,000 followers on TikTok. He said he declined the €2,000 offered to him as it went against his principles.

Youtuber Léo Grasset, known as 'DirtyBiology', received a similar message on May 24. He tweeted: “This is strange. I got offered a partnership that consists of destroying the Pfizer vaccine in a video. Huge budget, and a client that wants to stay anonymous.”

Mr Grasset has 1.17 million subscribers on YouTube. He was asked to say that the Pfizer vaccine was responsible for over 1,000 deaths globally and that it was more dangerous than other vaccines, Le Monde reported.

The message also included instructions to claim that he had not been paid to make the video content and to say that “mainstream media was ignoring the subject”.

The French health ministry has said that it is “following the events closely” and has denounced the “obvious attempt to spread disinformation”.

No clear motive for the disinformation campaign has been identified.

The French press has speculated that it could be an attempt to raise the profile of the Russian SputnikV vaccine, and that documents sent to the influencers could have included some stolen from the European Medicines Agency or the AstraZeneca laboratories by hackers earlier this year.