French law proposed to protect women from abuse when breastfeeding 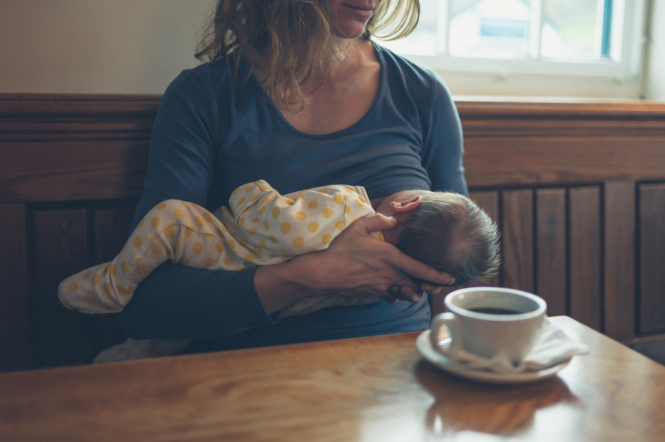 The law would also include measures to train and inform people who work in public places about breastfeeding Pic: Lolostock / Shutterstock

An MP has suggested creating a law that would make it an offence to prevent women from breastfeeding in public, punishable by a fine of €1,500.

It would also clarify that breastfeeding in public does not count as indecent exposure.

The proposal comes after a Bordeaux woman was last month slapped for breastfeeding in public.

Maÿlis, the mother, was feeding her six-month old baby while waiting in a queue when a woman began to shout at her and eventually slapped her.

The story garnered attention after Maÿlis shared her experience online, noting the indifference of the police officers when she reported the incident.

New law would be first of its kind in France

The new law was suggested in parliament by LREM MP Fiona Lazaar on June 15, and it would be the first of its kind in France.

There are currently no laws around breastfeeding in a public place, although the code du travail gives mothers the right to breastfeed during work hours for the first year of their child’s life.

The law would clarify that breastfeeding in public does not count as indecent exposure.

Ms Lazaar wrote in Le Figaro: “It is a shame to have to write this but that is almost systematically what [breastfeeding] women are accused of.”

She said remarks made to breastfeeding women indicated “a patriarchal culture where women’s bodies, their breasts, are seen only as sexual organs when they are also a way to respond to the essential needs of infants”.

The law would not promote breastfeeding, but protect women who choose to do so.

“We need to change how breastfeeding is seen and put a stop to those who want to restrict women’s rights.”

First 1,000 days of life crucial to a child’s future