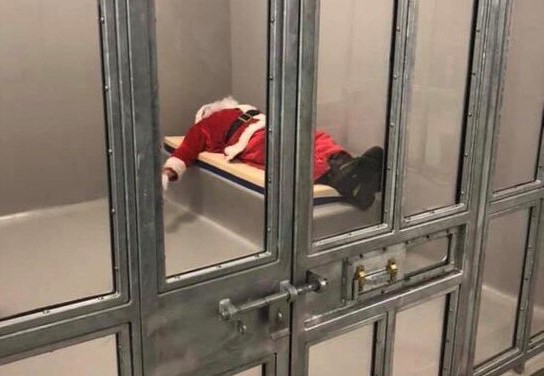 The French police of Pas-de-Calais took in a surprise suspect on December 24 - Father Christmas.

The police department decided to try a little bit of festive humour, posting a picture of a man dressed as Santa in a prison cell on their Twitter account.

They wrote: “We are currently carrying out an identity check on an individual who has been reported to us on numerous occasions as surreptitiously entering dwellings via roofs.”

But everything ended well. The following day Santa was released.

“Everything was in order! As you can see this morning at the foot of your Christmas trees he was able to resume his night-time activity,” the police department posted.

“We lent him a motorbike to make up for lost time. Merry Christmas to all and thank you for your loyalty!”

The joke did not go down well with everyone though. Some Twitter users commenting on the post reflected that not everyone this year has been treated so nicely by police in France, with widespread reports of police violence and brutality.