French products could face 100% import tax to US 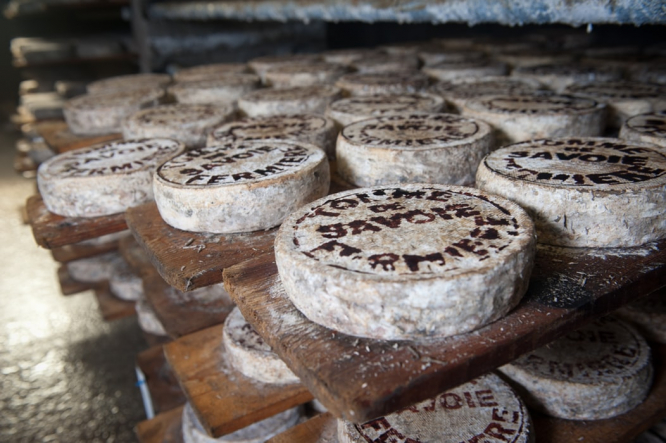 This would affect the equivalent of 2.4 billion dollars (€2.2 billion) worth of French products, including cheeses such as the famous Roquefort; yoghurts; sparkling wine; cosmetics and soaps; makeup; and handbags.

In a statement released this week, the United States Trade Representative (USTR) said: “The USTR aims to fight against growing protectionism in the European Union member states, which unfairly target Amercan companies.”

If the taxes were to go ahead, this would be preceded by a period of public consultations, meaning that the earliest measures would come into force by mid-January 2020.

The measure has been seen as retaliation to the French plans to tax major digital giants (included American companies), under the so-called GAFA tax (nicknamed as such after Google, Apple, Facebook and Amazon), which would tax eligible digital companies 3% of their business in France.

France has said it hopes this measure would be temporary, pending a wider international agreement on the same issue by the Organisation for Economic Co-operation and Development (OECD).

But in July, the USTR opened an inquiry into the GAFA tax, after it concluded that the tax would be detrimental to American companies. The statement also comes as the countries are already involved in a trade dispute over European subsidies and “made in France” taxes on imports by French-based aircraft manufacturer Airbus.

In response to the statement, export group la Fédération des Exportateurs de Vins et Spiritueux de France (FEVS) called for “urgent action” in the face of these “new threats”. In the past 12 months, sparkling wine represented 40% of total exports of French wine to the United States - worth €700 million.

Farmers union FNSEA said it would “not be held hostage” in the dispute.

Yet, French economy minister Bruno Le Maire this week said that France would “never” change its plans on the GAFA tax, and criticised the US for not working towards an international agreement on the taxation of major digital companies.

Mr Le Maire said that the threats coming out of Washington were “unacceptable”, and said that the EU could strongly retaliate if necessary.

He said: “This simple project, which could apply within 30 days, for new sanctions against France, is unacceptable. This is not the behaviour that we expect from the United States towards one of its main allies, France, and Europe in general.

“The French tax is not discriminatory. It includes American companies, but also French ones, European ones, and Chinese ones. The United States much know that if they engage in a new set of sanctions against France, the European Union will be ready to react strongly.”

The Trump administration has, for the moment, not mentioned even further taxes on traditional wine, which is seen as a key French export.

In the summer, President Trump had previously threatened to raise import taxes on French wine in response to the GAFA plans, and denounced “the stupidity” of President Emmanuel Macron.

But the USTR statement also comes in the same week as President Trump met President Macron during a NATO summit held in London on Tuesday December 3. During the summit, despite apparent differences of opinion over NATO, the leaders appeared conciliatory.