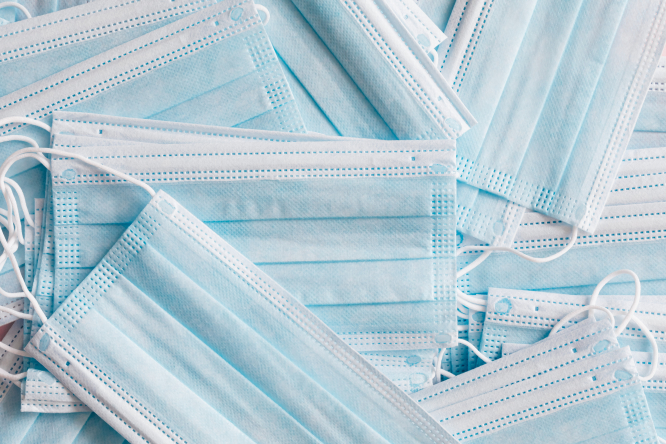 A town in Île-de-France this week launched its campaign to collect and recycle used facemasks.

A total 25 collection boxes have been placed around at schools and social centres around the town of Meudon, Hauts-de-Seine, in which residents can place used masks. It is estimated that between 10,000 and 15,000 masks will be collected each week.

Under the scheme, an association collects and transports the boxes to start-up company Plaxtil in Châtellerault, Vienne, where - after a 'quarantine' period - they will be disinfected and recycled to make rulers, set squares and protractors, which will be distributed among pupils in Meudon.

"Today these masks are protection. Tomorrow they will become pollution. We must make them production tools," mayor Denis Larghero told France Bleu Paris.

Masks do not degrade naturally and are designed to be destroyed at very high temperatures with other medical waste in hospital incinerators. Tens of thousands of the green or blue masks are now used – and thrown away – every day in France. Ecologists fear that those thrown out of car windows will pollute the land and oceans for centuries to come.

According to the Zero Waste association, the wearing of facemasks to combat Covid-19 generates around 400 tonnes of plastic waste.