France misses chance of its own vaccine, claims politician 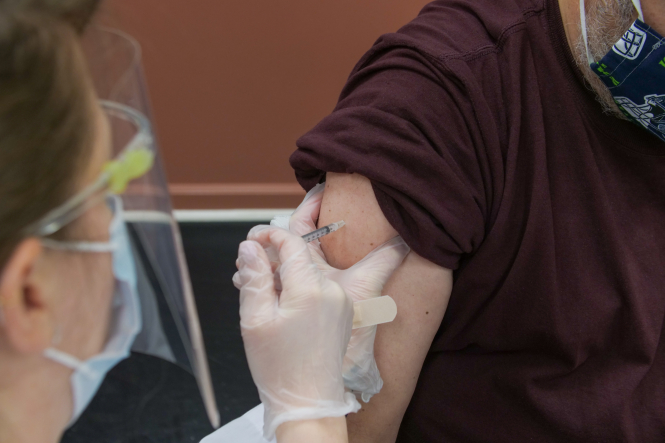 A French start-up received an order from the UK government for 40 million doses of its vaccine yesterday – with the UK to now be given priority access to the vaccine over France and the rest of the European Union.

The vaccine is expected to be in the UK by June this year but may not be available in France until 2022.

President and Chief Business Officer of biotech company Valneva, Franck Grimaud, has estimated that the first vaccines will be delivered to the UK as soon as medical trials are complete – possibly as early as June 2021.

But vaccines are only likely to be available to the EU around the beginning of 2022, even though the company is based in Saint-Herblain, Pays de la Loire, west France.

This is because the UK had already ordered 60 million doses of the Valneva vaccine by September 2020, while the EU only placed an order for 60 million doses four months later, after finishing discussions with the company on January 12, 2021.

With the additional 40 million doses ordered yesterday, the total UK order is for 100 million doses, with the option of 90 million extra doses to be delivered between 2023-2025.

The UK government has also committed to financial investments in a factory used by the start-up in Scotland, where production of the vaccine is set to take place.

The regional council president of the Pays de la Loire region has blamed the industry ministry for a missed opportunity to provide the vaccine to local people.

In a statement, President Christelle Morançais said: “It is vital that the state proves it has much more agility and reactivity when it comes to supporting and defending our companies at the forefront of fighting the virus.”

"France has missed the chance of its own Covid vaccine."

"I have a terrible feeling of waste and of incomprehension in the face of this French and European failure," she added.

As well as being based in France, Valneva came into being after French company Vivalis and Austrian company Intercell joined forces. Vivalis was initially the product of French national research body Inrae.

While the Valneva vaccine has not yet been approved for use, it could solve a logistical problem as it does not require the excessive cold storage some other vaccines need to be effective.

This is because it uses inactive “dead” virus cells rather than live cells, in contrast to some other Covid vaccines so far tested on humans.

Valneva said using dead cells prevents the virus cells from multiplying when they enter the body, but still provokes the immune response needed to make the vaccine effective. The first polio vaccine was created using the same system.

While clinical trials for the Valneva vaccine are still ongoing, its president, Mr Grimaud, has predicted that the vaccine could also prove to be effective against the new Covid variants.

Results from the clinical trials, which are currently running with 150 participants, are expected by May 2021.

AstraZeneca Covid vaccine will be given in French pharmacies

Covid France: How many vaccine doses in my department?