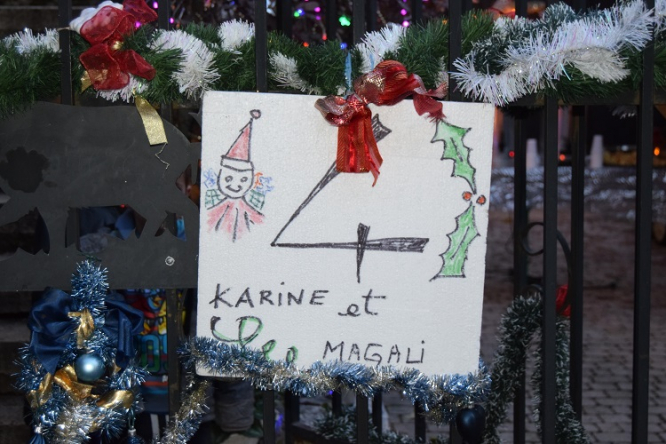 For the past five years, residents of Cruis, high in the Alpes-de-Haute-Provence, are invited to share food and drink that that evening’s host prepares.

The reunions take place in the garden or in front of the house, and people’s doors are decorated and numbered to indicate which house should be visited on which day, just like on a traditional Advent calendar.

The evenings are all free, with each host funding their participation. All residents can host an evening and the local school has also joined in, as have the local boules players. Each evening sees between 50 and 90 guests arrive at the doors of their neighbours.

Organiser Alain Bessac takes pictures at each location and makes a book afterwards so everyone can have a memento.

He said: “Two villages, to my knowledge, have taken up the idea, one in Corsica and one in the Lot.

“All the doors are decorated from the first of December to allow everyone to recognise the ‘openings’ to come. We also post a complete list of the 24 doors in the village so that everyone knows where to go.”

The idea came from Monique Micoulin, who has since left the village, when she offered to give away traditional Provençal biscuits at her front door one Christmas.

This sparked the idea to give away treats at 24 doors, but at the time there were not enough volunteers to make it work.

However, the second year around, organisers persuaded enough people to take part and the living Advent calendar began.