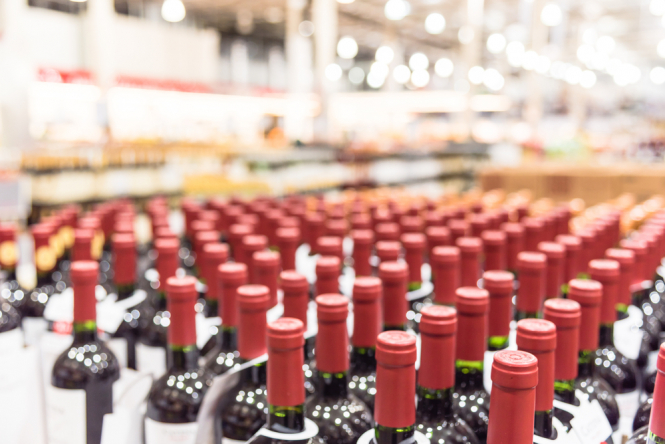 A new deal between the EU and the US means that 'punitive' extra taxes will be removed in both directions on the import of certain goods including wine, cheese and tractors, for five years.

French wine and spirit producers have reacted with relief to the news that heavy customs tariffs will be lifted for exports to the US.

Previously, 25% was added to French wines and spirits as well as to other products being exported from the EU, such as Italian cheese and Spanish olive oil.

Nicolas Ozanam, representative for La Fédération des Exportateurs de Vins & Spiritueux (FEVS) told AFP: “We are relieved because this gives our businesses clarity for the future. We are very happy with this decision in the short term.”

FEVS estimated the sanctions caused a decrease in American imports of French wine worth €450million between October 2019 – December 2020.

Speaking to BFMTV, he said of the new five-year deal: “We are waiting for a full resolution of differences between the US and the EU. We have just been collateral damage in a commercial conflict that isn’t our own”

Conflict over Boeing and Airbus impacts other industries

The previous 25% surtax rates were introduced in 2019 by Donald Trump for non-sparkling French wine, and some spirits including Cognac and Armagnac.

In response the EU also levied additional tax on spirits and other products imported from the US – the latest moves in a trade war that had been going on for 17 years.

The dispute originated over subsidies for aerospace companies Boeing (based in the US) and Airbus (in Europe), with both sides claiming the other gave their company unfair advantages.

In 2019, the US responded with $7.5 billion worth of trade tariffs after the World Trade Organisation (WTO) found that the EU provided illegal financial support to Airbus.

The EU later imposed tariffs of around $4billion when the WTO found that the US had given Boeing benefits which violated trade rules.

The tone of the dispute changed when US President Joe Biden came into office in January 2021.

In March 2021, the US and EU suspended all surcharges linked to the aerospace companies for four months.

On June 15, leaders at an EU/US summit in Brussels announced that the suspension would be extended for five years.

Both Boeing and Airbus have said that they are pleased that a deal has been reached.

American whiskey in France to get cheaper?

The deal also means that extra EU tariffs on some American imports will be removed.

Some commentators had hoped that American whiskey and bourbon would be among items which would become cheaper as a result, however the Distilled Spirits Council of the US told The Connexion this is not the case as it is subject to a 25% tariff in connection with a separate longstanding trade dispute relating to steel and aluminium.

However the body said it hoped yesterday's deal would create positive momentum towards removing this.

Article updated with information on whiskey and bourbon tariffs