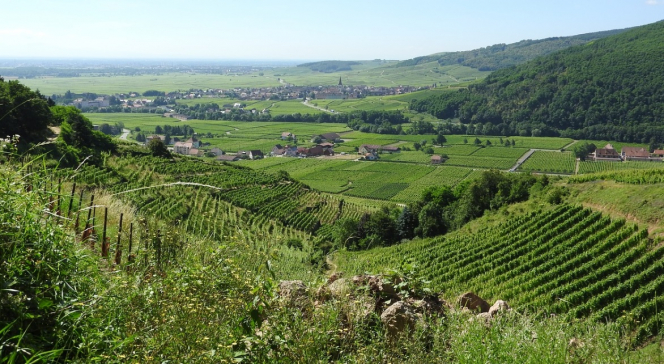 Due to the hot summer, harvests have come early to vineyards in 2018, with the local vineyard association l’Association des Viticulteurs d’Alsace (AVA) specifying the starting date for its region as August 20.

Harvests usually take around six weeks in total, requiring a large team of seasonal workers to pitch in temporarily to help complete the job.

The early season this year - due in part to the hot summer - means that the harvest will take place while many people are still on holiday or finishing up other summer work.

As a result, some winemakers have reported finding it difficult to recruit enough workers in time.

This year, the number of winemakers calling on the service - usually intended as a last resort - has risen significantly compared to 2017, with over 200 enquiries recorded so far.

One winemaker, Jean-Luc Galliath - speaking to French newspaper Le Monde - admitted that he was beginning “to stress” over the situation.

Mr Galliath, who has owned his 10-hectare vineyard in the village of Bergholtz (Haut-Rhin) since 1984, said: “Usually, seasonal workers appear spontaneously [without needing to be recruited]. I need 14 people to help me on the first day of the harvest, but I am still two people short. For the whole six weeks of harvesting, I need 25 to 30 people.”

He has already tried calling in previous years’ workers, putting adverts in local shops and contacting Pôle Emploi, with no luck so far.

His wife, Anny, said: “This is the first time that we have had this problem.”