French woman, 100, on hunger strike for right to die 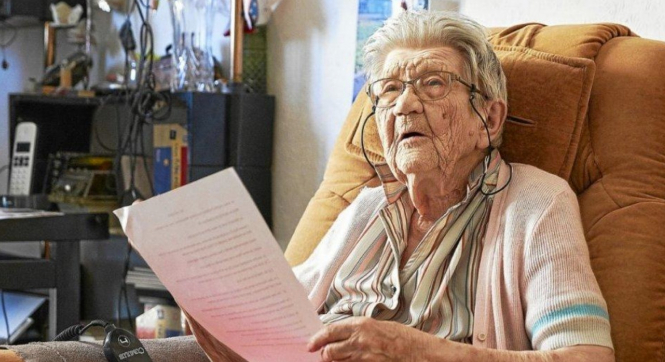 Hélène Wuillemin, a 100-year-old woman from Grand Est, is on hunger strike to fight for the right to choose when to die
By Connexion journalist

Hélène Wuillemin, from the commune of Laxou (Meurthe-et-Moselle, Grand Est) turned 100 on March 6 this year. She is now on hunger strike to call for her right to choose to die.

The former teacher, who raised her two children as a single mother, suffers from pain in her legs, which is becoming “more and more difficult to bear”, she says, and struggles to get out of bed to sit by the window in her home. She uses an electric wheelchair.

“I have just turned 100. I wish I hadn’t, but unfortunately I continue to live. Recently, I haven’t been doing anything. I watch a bit of TV, play some games, and that’s it. And then it starts all over again. I just sleep more and more, even though the end may be near. That’s what I hope."

Ms Wuillemin has sought out euthanasia services in Switzerland and Belgium - but without success, as she is not technically ill - and does not want to commit suicide.

She said: “I do not dare to kill myself; the idea of cutting my wrists disgusts me.”

The centenarian explained that she had told her son and daughter of her hunger strike. She said: “I told her, ‘I’m stopping eating’. She didn’t reply; what could she have said? She knows that I will do whatever I want, she knows me.”

Ms Wuillemin has stuck symbols of her “strike” on to a wall opposite her bed. These include a drawing of a red heart, next to the word “Liberté (Freedom)”, and a hand-written note explaining her cause.

She said: “I hope that this will be useful, that is why I am speaking to you [the press]. I want this to help others, because there are so many people who would like to die with dignity and who cannot. I hope that my case helps, and opens people’s minds.”

‘I have set a date to die': Prominent French right-to-die activist