France-England travel: Day 2 PCR test to be dropped for the vaccinated 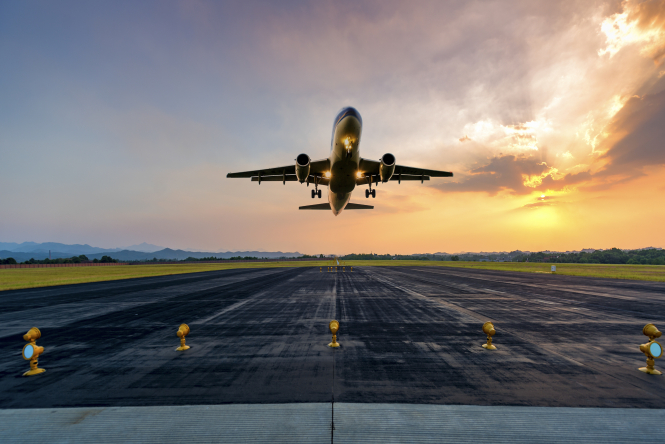 From the end of October, fully vaccinated travellers from non-red list countries will be able to take a lateral flow test instead of a PCR Pic: hxdyl / Shutterstock

Fully vaccinated travellers arriving in England from non-red list countries will from the end of October be able to replace costly day two PCR tests with cheaper lateral flow tests, it has been announced.

Those coming into England from non-red countries will also be able to avoid taking a pre-departure test from October 4, on which date the current traffic light system will come to an end.

UK Transport Secretary Grant Shapps published the update to the government’s foreign travel restrictions this afternoon in a post on Twitter.

“We’re making testing easier for travel from Monday October 4. If you’re fully [vaccinated] you won’t need a pre-departure test before arrival into England from a non-red country and from later in October, will be able to replace the day 2 PCR test with a cheaper lateral flow,” it said.

Everyone arriving in the UK from green, amber and red list countries is currently required to take a PCR test on at least day two after travel.

TRAVEL UPDATE : we're making testing easier for travel From Mon 4 Oct, if you're fully vax you won't need a pre-departure test before arrival into England from a non-red country and from later in Oct, will be able to replace the day 2 PCR test with a cheaper lateral flow.

“In addition, eight countries and territories will come off the red list from Wednesday, September 22 at 4am, including Turkey, Pakistan and [the] Maldives.

“We’ll also be introducing a new simplified system for international travel from Monday, October 4, replacing the current approach with a single red list and simplified measures for the rest of the world - striking the right balance to manage the public health risk as No.1 priority.”

Under this system, countries and territories will be separated into ‘go’ and ‘no-go’ destinations, effectively marking the end of the separation between green and amber.

Everyone arriving in England from a red-list country will still have to take pre-departure, day two and day eight tests, and quarantine for 10 days in a managed hotel.

Mr Shapps said that the new rules would “simplify international travel [...] in order to reduce costs, take advantage of higher levels of vaccination, and keep us all safe.”

The changes announced today will apply to England only. It is not yet clear whether Wales, Scotland and Northern Ireland will follow suit, but the Welsh government has said that it will "carefully consider" the proposed rules.

We'll also be introducing a new simplified system for international travel from Mon 4 Oct , replacing the current approach with a single red list and simplified measures for the rest of the world - striking the right balance to manage the public health risk as No.1 priority.

What about people who are not vaccinated?

Under the new rules, unvaccinated or partially vaccinated travellers will still have to pay for a pre-departure, day two and day eight PCR tests.

As the green list disappears, they will also have to quarantine for 10 days on their arrival in England from any country, although they will sometimes be to able to pay for a ‘Test to Release’ on day five.

PCR tests cost between £65 and £70 each, their price having been reduced from an average of £92 per test following a request from the government to the Competition and Markets Authority (CMA).

The cost and added hassle of taking a PCR test has often been blamed for dissuading people from travelling, with Health Secretary Sajid Javid telling the CMA that these factors act as a “barrier” to holidaymakers.

Lateral flow tests, which will replace the day two PCR tests, cost between £25 and £40.

Members of the travel industry are welcoming the news, which will reduce the challenges involved in booking a holiday.

A Eurostar spokesperson told The Connexion: “When the UK government removed quarantine for fully vaccinated travellers we saw a surge in bookings and, as a result, added a number of trains to accommodate passengers in August who were primarily travelling to visit friends and family or to take holidays.

“With further easing of restrictions around testing, we would expect to see an increase in both leisure and business travel.”

Chris Parker, Director of Capacity and Commercial Performance at DFDS Ferries, said: “DFDS welcomes the Government’s announcement that double vaccinated travellers will no longer have to have a PCR test upon return to [England] and we expect to see an immediate surge in bookings because this will really simplify travel, especially for day trips and short breaks.

“We are really looking forward to welcoming our customers back on board.”

British Airways CEO Sean Doyle said: "We welcome the simplification of the traffic light system, and the changes to the testing requirements allowing UK travellers to benefit from our world-leading vaccination programme and finally giving customers and business the confidence to book the journeys they’ve been waiting for.

"Based on the scientific evidence, with fewer than 1% of people returning from low-risk countries testing positive for Covid (lower than the UK’s rate), we urge ministers to keep this policy under review, eliminating all testing for fully vaccinated travellers as soon as possible in the future, in line with most other European countries."

Johan Lundgren, CEO of easyJet, said: “This is a welcome step forward for our customers and a move that will make it significantly easier for the fully vaccinated to travel to Europe, opening up flying again for many more UK consumers. Removing the pre-departure test coupled with the disbanding of the traffic light system will inject some much needed confidence into travel once again.

“However, vaccinated travellers and those from low risk countries will still have to do an unnecessary test after arriving in the UK, making travel less affordable for all. Since 1 July there has been no testing at all for vaccinated travellers within the rest of Europe, and this is why the UK will continue to fall further behind the rest of Europe if this remains. We will continue to support travel restrictions that protect the vaccine programme and the NHS, and argue for the removal of measures that are not necessary for this.”

The new travel rule system is expected to last at least until New Year, and will be in place as many people return from half-term breaks.

Further details of the changes coming in are available on the UK government website.