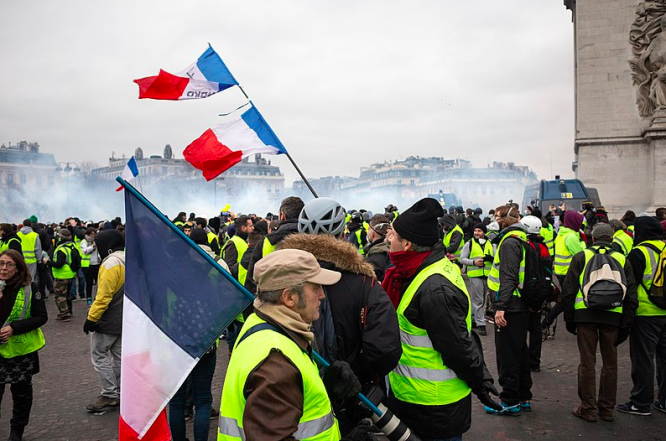 In a Facebook post Jérôme Rodrigues, one of the leaders of the group, encouraged widespread participation from workers unhappy with how the government has handled the health crisis.

He wrote: “Medical staff, firemen, restaurant owners, labourers, health workers, civil servants… Let’s raise our voices so that the government can hear the discontent of families in France, who unfortunately are going to have to pay the price for the disastrous management of the health crisis.”

Tomorrow’s protest comes almost two years after the first gilets jaunes protest, which gathered 300,000 people in the streets in France.

Last year’s anniversary protests were violent, with buildings, cars and memorials being vandalised.