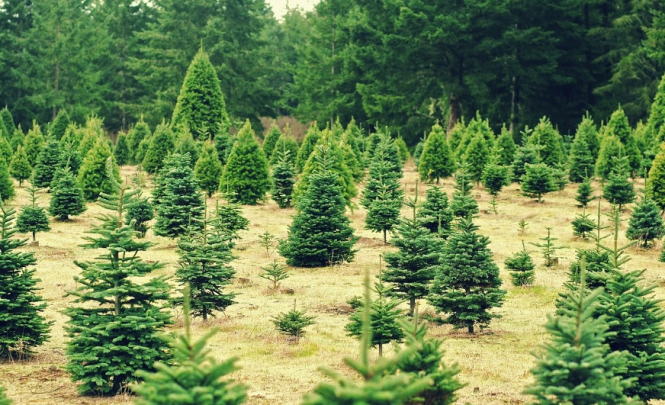 Two producers from the Jura region (‎Bourgogne-Franche-Comté) spoke to news source France 3, saying that many of their Christmas tree saplings had been “burned” in the summer heat.

Due to the drought of 2013, prices could already be set to rise for trees on sale this year.

Some producers have said they may reduce their margins to stabilise the expense to customers, but may have no choice but to raise prices, as the number of trees available could be reduced by a third of the normal amount.

This pattern is likely to be replicated in future years, due to this year’s drought and heat, producers said, with adverse effects especially predicted from Christmas 2022.

Bertrand Gaulliard, a producer of Normann variety trees, said that only one third of the trees that he planted in springtime this year had survived the harsh summer - the worst outcome since the drought of 2013.

He said: “It’s never cheerful [when this happens] as it represents an investment. I think we will see this kind of thing more and more. It is part of the job, and you have to look at it philosophically. We just have to continue to work - it’s a great job, that we have.”

Another producer, Marc-Antoine Petitjean, said he would now try to change his planting schedule to avoid the worst of future summers.

He will now try to plant saplings for future Christmases in autumn, to ensure that the trees survive the forthcoming summer, he said.

He said: “This year I will try to plant in October. This means [the trees’] roots should be able to resist the drought of next summer.”