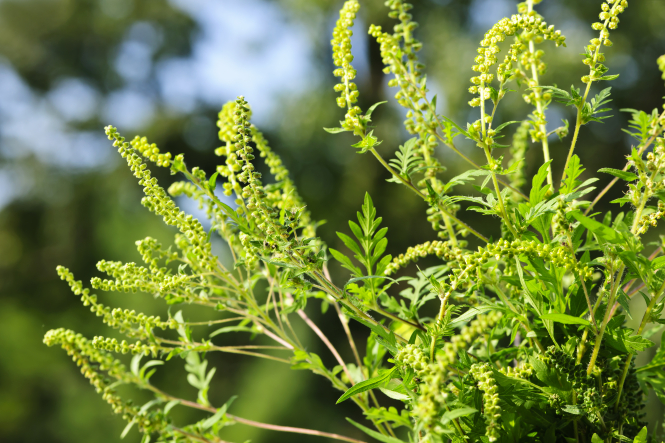 The invasive plant ragweed will be coming into full bloom in parts of France this month triggering extreme hay fever symptoms in people who are sensitive to its pollen.

One collective expert report published in 2020 by health safety agency l'Agence nationale de sécurité sanitaire (Anses) suggested that as many as 3.5 million people could be affected.

"It is one of the most allergenic pollens in France," regional coordinator of ragweed control for the Fédération Régionale de Défense Contre les Organismes Nuisibles (FREDON) in Nouvelle-Aquitaine, Aude Mathiot told Sud Ouest.

Hot spots include: Charente, Dordogne, Lot-et-Garonne and the south of the Deux-Sèvres. "In these areas, the fight against this plant has been rendered obligatory by prefectural decree", said Ms Mathiot.

This decree encourages farmers to keep a close eye on their fields, clean harvesting equipment and destroy the ragweed. Because as well as the health costs associated with treating allergies, invasion by ragweed can threaten farmers by reducing crop yields.

Pollen allergy sensors have also been installed to monitor the spread of ragweed in Mâcon, Bletterrans, Dole and Valdahon by ATMO Bourgogne - Franche-Comté, which combines several air quality monitoring associations. Its findings will be published on August 13, 2021.

"A few grains of ragweed pollen per cubic metre of air are enough to trigger symptoms in hay fever sufferers", according to ATMO.

Pollen from the flowers tends to be released between now and October and can cause sneezing, itching and coughing.

What to look out for?

The invasive plant is native to North America and gaining ground in France, particularly in the Auvergne Rhône-Alpes and Nouvelle-Aquitaine regions.

There are various different species of ragweed, Ambrosia artemisiifolia (or common ragweed) being the most widespread in France.

Common ragweed can be identified by its hairy green or reddish stems with flowers clustered in long green spikes and feathery, fern-like leaves.

The plant can grow anywhere from farm land to parks and gardens, as well as along rivers and roads.

Hay fever sufferers are advised to try to avoid the most exposed areas, not to dry laundry outside and to wash or brush their hair at night to remove any pollen that may have settled in it.