Health authorities in France in favour of antigen tests 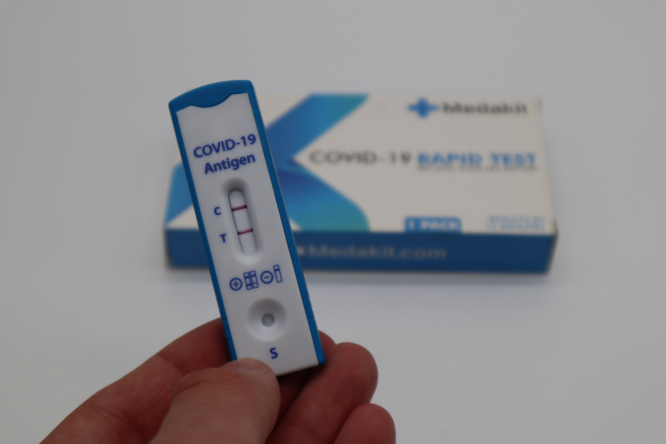 Antigen tests typically return a result within 30 minutes, and work best at the start of the infection
By Hannah Thompson

Health authorities in France have come out “in favour” of using rapid antigen tests on Covid-19 contacts after new scientific data suggested that the tests are more effective than previously thought.

La Haute Autorité de santé (HAS) said on Saturday November 28 that it would be in favour of using the tests for people considered to be contacts of confirmed cases.

It said: “[We are] in favour of extending the use of antigen tests, for use not only for people with symptoms, but also for people who have been identified as contacts in isolation, or within clusters.”

Antigen tests - called antigéniques in French - are quicker to use than PCR nasal swab tests, and typically return a result within 30 minutes. They are best-used at the early stages of the infection.

Endorsement from the HAS means that the tests may now, in theory, be approved by the state and be reimbursed, but this will require a decree to be published in the Journal Officiel.

The HAS explained that its new recommendations came after “the publication of new, reassuring scientific publications on the capacity of antigen tests to effectively diagnose contact people”.

Yet, the HAS said that it could not recommend using antigen tests on self-isolating asymptomatic people, “due to a lack of data”. It said: “This position will be reviewed...as scientific knowledge changes.”

The HAS also said that it is in favour of using saliva tests for symptomatic patients for whom nasal swabbing is impossible or difficult to do.

It said that even after this, if a saliva test came back positive, a PCR test was still recommended to confirm the case.

Similarly, it said: “The lack of robust clinical data on the performance of EasyCov [saliva tests] among asymptomatic people does not allow us to recommend it, at this stage, for this situation.”

Covid-19 France: Should I get a PCR or antigen test?