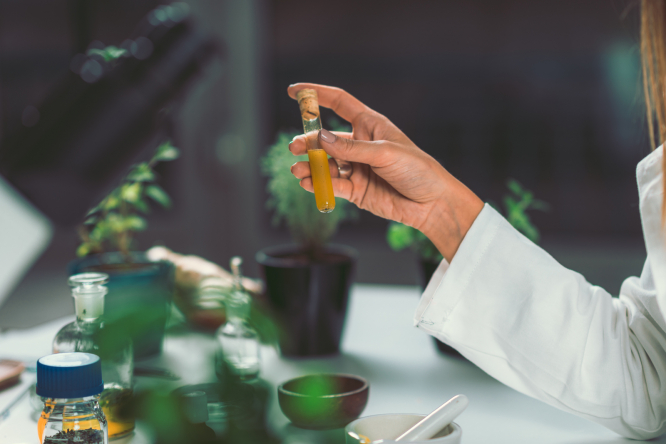 'There is enormous interest in naturopathy at the moment, which unfortunately has attracted many would-be gurus into the area' - Spokeswoman for the LaFéna federation of eight naturopath training schools Pic: Microgen / Shutterstock

Two deaths of people using naturopaths this summer have provoked a warning about the dangers of alternative medicine.

In one case, a 44-year-old woman paying €1,000 a week for a fasting treatment in a Loire chateau was found dead in her room after taking no water for several days.

The prefect ordered the course to be closed and a judge at Tours is investigating possible involuntary homicide. The naturopath who ran the course denied involvement in the death and said the only explanation was her Covid vaccination.

Participants told French media they drank only water during the fast and one man had been taken to hospital after he stopped taking medicine for his diabetes.

In the other case, the widow of a 41-yearold man who died from testicular cancer laid a criminal complaint against a naturopath who advised him to stop chemotherapy treatment and to rely on ‘natural’ treatments such as fasts and purges.

The naturopath is facing a Paris court on charges of “illegally practising medicine and usurping a doctor’s work”.

Both cases throw light on naturopathy’s growth, especially during the Covid crisis.

The Interministerial Mission for Vigilance and the Fight against Sectarian Movements (Miviludes) is investigating, saying 38% of complaints in 2020 were about health, with 160 for yoga and meditation. It said pseudothérapeutes were using the Covid crisis to spread anti-system messages on ‘medical totalitarianism’ to people left anxious by the health situation.

Naturopathy is not currently regulated in France

Claire Cavelier, spokeswoman for the LaFéna federation of eight naturopath training schools, said: “There is enormous interest in naturopathy at the moment, which unfortunately has attracted many charlatans or would-be gurus into the area because there are no regulations in France.

“You could buy a brass plate with your name and ‘naturopath’ on it today, and be open for business tomorrow.

“Charging €1,000 a week for a fasting treatment, or telling people to ignore a doctor’s prescription, is not something any naturopath should do and is an example of charlatan practice, and could even be classified as running a sect.”

Naturopathy is recognised as a traditional medicine by the World Health Organisation, and is regulated in Germany, Portugal and Switzerland.

Ms Cavelier would like similar regulation in France, saying “cases like the ones we have had this summer always slow down or reverse any progress we have made”.

In the absence of regulations, LaFéna has set up a core course of study, involving at least 1,200 hours, with each school having its own specific areas of study.

Naturopathy is seen as a branch of traditional medicine which seeks to establish equilibrium in the body through ‘natural’ means, but non-conventional treatments struggle for official recognition.

Naturopaths are forbidden in France from giving diagnoses or prescribing medicines

Instead, they encourage people to undertake treatments such as changing diet, fasting, phytothérapie (using plants, often in tisanes or tinctures), massages or sport to improve health, and say illnesses can only be understood by looking for deep-rooted causes and treating them.

In recent years, many naturopaths have started running yoga courses as treatments.

Eure in Normandy turns negative visitor reviews into marketing tactic
24 November 2021
More from Health
More from Connexion
Get news, views and information from France
Join the newsletter
Subscribe to The Connexion