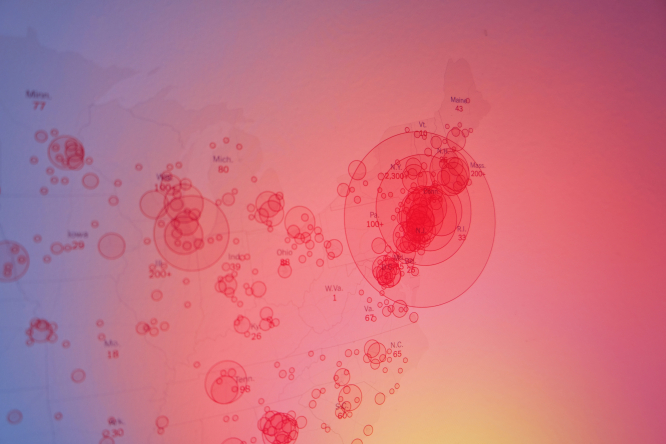 Time to learn lessons of coronavirus. Connexion talks to the doctor who gave hand sanitiser to the world about his latest role – leading an independent review into France’s response to the coronavirus pandemic.
By Liv Rowland

Swiss doctor Didier Pittet, known for giving hand sanitiser to the world and interviewed by Connexion in June, has been picked by President Macron to lead a review into France’s handling of the coronavirus pandemic. We spoke to him again about this new role.

How did you come to be selected for this – did the Swiss reputation for neutrality come into it?

This will be an interdisciplinary mission to look at how France reacted to the Covid situation, comparing its reaction to other countries’, in particular those nearby. The mandate is to look at the health response, the economy, the social situation and impact on society. It is fully transparent.

You should ask the government why I was selected, but it’s clear that the idea was to have it conducted by someone who speaks French and understands the situation in France, but is also outside of France, to make a totally independent and transparent evaluation.

It is possible that the fact that Switzerland is a very neutral country was one of the elements, as well as the fact that I’ve analysed situations all over the world in pandemics and epidemics over the last 20 years for the World Health Organisation [in connection with work to promote good hospital hygiene practices and infection prevention].

You met President Macron – did that go well and leave you with a good impression?

Yes, we met at the Elysée and were connected by video with the other experts who will be part of the team, to discuss the overall mission and people who can help, and resources. It was a very good meeting. President Macron was well-prepared and he knows a lot about the situation, so it was easy.

There are four other leading members of the mission and we are building up people around us, some of whom are in our respective institutions. We will also have help at the Elysée to look back at all the documents we need access to. Any document we ask for is being provided to us.

Do you feel this decision to organise a very independent evaluation is laudable?

It’s extremely laudable and our report will also be used by France to report to the WHO, which has asked countries to provide to it an analysis of the way the country reacted. So this is a major contribution by France to that process.

Do you see notable differences between the French approach and those of the US and UK?

There have been very different ways of handling the crisis. In France, the reaction was typical of what we saw in many other countries. In the UK, initially, the government decided to let it go, but then – because of models predicting too many deaths and a crack in the healthcare system – it decided to come back to a classic attitude.

You have been cited saying France may be in the top 10 countries that handled the situation best – is that correct?

Well, at least in the top 20, probably. Only further detailed analysis will show. It depends also if you look only at the health response, or if you mix it with the social response and economy. That’s the work we have to do, so I can’t give the results of that yet.

The issue of lack of masks has been highlighted – France is said to have been poorly prepared. Is that something you will be looking at?

Is this your full-time job for the next few months?

I have my daily job but am lucky enough to work with a strong team. My right-hand person will take over my infection control programme, giving me freedom to give a lot of energy and effort to this.

Will you be in France a lot of the time?

I will be between Geneva and Paris and also visiting a few other countries and looking at data there in these next six months. There will be some preliminary information, probably in early October, if we find elements that may be decisive to cope with a possible second wave in the autumn and winter, but otherwise the definitive report will be at the end of the year.