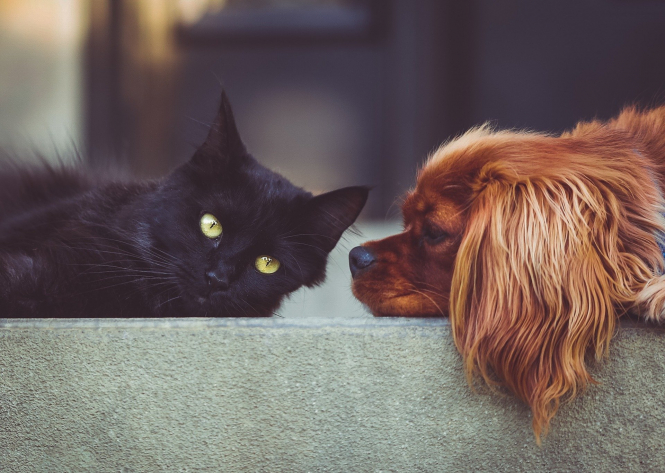 Pets with covid were typically found to have "symptoms of sneezing, coughing and diarrhoea and were less active than usual”
By Rory Mulholland

Cat and dog owners are being told there is no need for panic after it emerged that pets might have been infected by their owners with new and more contagious variants of the coronavirus.

Many pet owners in France were dismayed at news from the UK that infected humans might have spread the virus to pets, which then presented with heart problems.

Research carried out by the Institut Pasteur in France revealed that the main new variants can infect lab mice, which was not the case with the standard virus.

However, researchers there said there was as yet no evidence that infected mice could transmit the variants to non-infected mice or to humans, or that wild mice were infected or could catch the illness from humans.

The reports from England came from a veterinary centre in Buckinghamshire which, in January and February – after the new UK variant struck – saw a spike in cats and dogs being treated for myocarditis.

The total number being treated for the condition, which reduces the heart’s ability to pump and causes abnormal rhythms, was just 18 – but 10 times what the centre would normally see at that time of year.

In most cases, the owner had tested positive for Covid a few weeks before their pet became ill.

Many of the dogs and cats also tested positive. However, pet charities and vets in France told The Connexion there was no immediate need for concern for pet owners on this side of the Channel, either for themselves or for their animals.

Dr Marie-Odile Sutter, a vet who practises in the 10th arrondissement of Paris, said: “No cat or dog has given the virus to a human, or to another cat or dog.”

She said that when the pandemic started a year ago, she had many worried clients contacting her for advice about whether they could infect, or be infected by, their pets.

Some asked if they should shampoo their dogs after each walk, and one even asked if he should wash his pet with household bleach (eau de Javel).

The queries did not last long, but Dr Sutter said she expected they might resume due to the news from the UK.

Mon Chien, Ma Ville, a dog owners’ association, said it was not concerned about the latest news from the UK. It said that, for its members, pets were not a source of concern about the spread of the virus.

Coordinator Christine d’Hauthuille said: “Dogs and cats are, in these difficult times, a great source of comfort.

“We didn’t wait for the government to say that getting outside was good for you – we have always told our dog owners to get out in the fresh air.” Pet owners in France can also take comfort from the fact that the animals infected by the new variant in the UK – with the exception of one cat – recovered after treatment, as in most previous pet infection cases.

Infected pets also all recovered in studies by researchers at the Texas A&M veterinary school, who have been visiting American Covid-19 sufferers since June last year to test their pets.

It said in a statement that its researchers had tested some 450 pets, of which 60 presented symptoms. Fewer than a quarter of these had shown signs of the illness when their owner was diagnosed.

Typically, they “had symptoms of sneezing, coughing and diarrhoea and were less active than usual”, the researchers said.

“However, all the animals with symptoms recovered without needing veterinary care.” US national public health agency CDC has said it might be advisable to practise distancing from your pet, as you would with people, if you are infected.

However, it says the risk of humans catching the virus from pets appears to be low.

The illness is still mostly transmitted human to human via droplets in the air, the body said.