Church bells to ring around world to mark D-Day 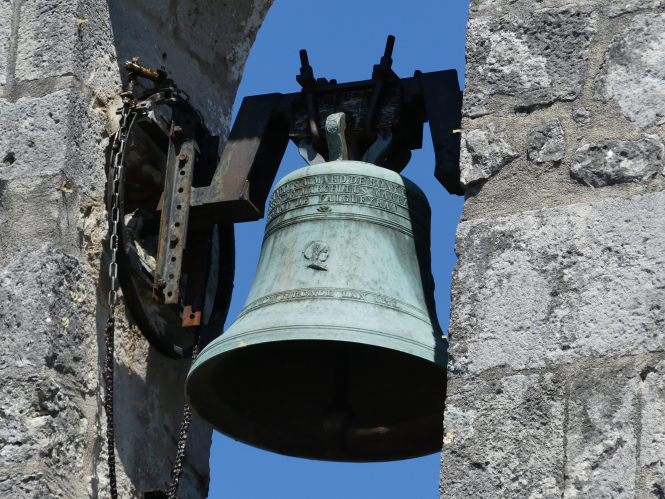 The church bells are being rung on Saturday, June 6 at 18:44 (6.44 pm) – a time picked for its link to the original date of D-Day – in more than 2,000 places and in many areas World War Two veterans will start the ringing.

This is to ensure that the anniversary is marked, despite the fact that there are no official events in Normandy this year due to the Covid-19 epidemic.

As well as numerous places in France, groups and churches in Belgium, Luxembourg, the UK and the US decided to take part in the Clochers de la Liberté (freedom bells) commemoration.

“The Covid-19 epidemic meant that there will be no official events in Normandy or elsewhere and so local history enthusiasts came up with this alternative,” said Godefroy Beaussire, the director of Normandy Victory Museum in Carentan les Marais, which was the site of a large US base during the Battle of Normandy.

“Many are young volunteers at the museum and it is touching to know that they have taken the initiative to remember those who were killed and the importance of the event.

“What impresses me is that is a simple idea, which costs nothing except a bit of commitment on the behalf of local priests or local authorities, and it keeps alive the memory of those who died and the values for which they were fighting.”

He added: “What was initially planned to be an event in a few churches in Normandy has spread much further, which is encouraging as it shows people do not want to forget what happened.”

The event has featured in a number of US television news programmes.

An early poster for the event, which featured French and US flags upset at least one Connexion reader who felt it should include flags of other nations who took part in the D Day landings. It has since been changed to remove all flags.

Organisers said they did not want to cause offence but also stressed the strong links between Carentan and the US, which continue to this day.

Latest on coronavirus in France