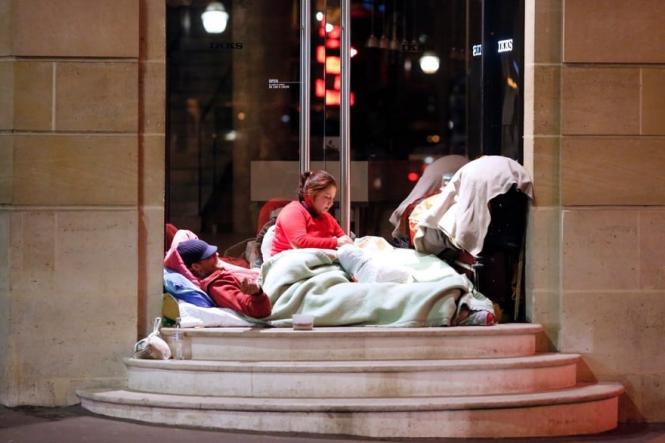 There are currently around 300,000 homeless people in France
By Thomas Brent

Homeless people are particularly exposed to the risk of coronavirus as they are out on the street and they often suffer from poor health, the director general of Emmaüs Solidarité, an association that supports homeless people, told The Connexion.

Bruno Morel said that finding an accommodation solution for everyone was “absolutely urgent”, with France now in a second lockdown.

“There is a big difficulty in day shelters that host homeless people, as they now have to respect social distancing rules,” he said.

During the first lockdown in Spring, the government created 28,000 new accommodation places for homeless people.

France’s housing minister Emmanuelle Wargon confirmed these would be maintained, bringing the total number of available spaces to over 180,000.

Mr Borel acknowledged that it was a good start but that “there is still more effort to be made, as there are still people on the streets and they are vulnerable.”

The current number of homeless people in France "hovers around 300,000", according to Christophe Robert, the managing director of the Abbé Pierre Foundation, an association that supports homeless people.

He said that this figure has doubled since 2012.

“It’s frightening,” he wrote in a column for the Journal du Dimanche. “This figure should be an electroshock.”

The association counted around 185,000 people in accommodation centres, 100,000 in reception centres for asylum seekers, and 16,000 people in “slums”. They also noted that the number could be higher due to homeless people who are unaccounted for.

Mr Borel said that, as during the Spring lockdown, homeless people could face more difficulty in getting access to food and vital protections such as masks and hydroalcoholic gel. He said that all of Emmaüs Solidarité’s work would continue during lockdown.

He added that the financial crisis caused by Covid-19 may make people more vulnerable to becoming homeless.

“What we are worried about is that the pandemic increases the level of poverty, and the risk of people finding themselves on the street.

“There are people who are living from low-income, unstable jobs and we are worried that people who were not in a situation of poverty before, might end up in a more precarious situation.”

Another problem for homeless people is being confronted by police for being outside during the lockdown. Mr Borel said this was a problem in Spring and Ms Wargon has promised that people living on the streets will not be stopped by the police during this lockdown.

The government has also promised short term financial aid of €150 per month for people with low-income jobs and for students receiving bursaries.

Mr Borel said this aid, called aide exceptionnelle de solidarité, is a good measure but will not solve the problem.

“The support needs to be in place long-term. I fear that it is not sufficient,” he said.

During last year’s campaign, the NGO distributed 136.5 million meals, with 875,000 people receiving food aid and tens of thousands more being helped through street activities, the organisation wrote on its Facebook page.

The organisation’s president, Patrice Blanc, told Le Monde that he thinks this year they will serve over one million people.

The NGO stated that the number of people needing food aid has increased everywhere since the first lockdown in March.

“Students, young people, workers with unstable jobs, a multitude of new groups now also need food aid. A slide into poverty that is likely to be long-lasting for many,” a Facebook post stated.

Mr Borel said that there are many people and organisations around France working hard to support the homeless and people with financial difficulties during the pandemic.

“Obviously the situation is extremely difficult for people with low incomes and for people on the streets right now,” he said.

“But I would like to acknowledge the work of all the teams and associations who, despite this, are continuing their activities.”