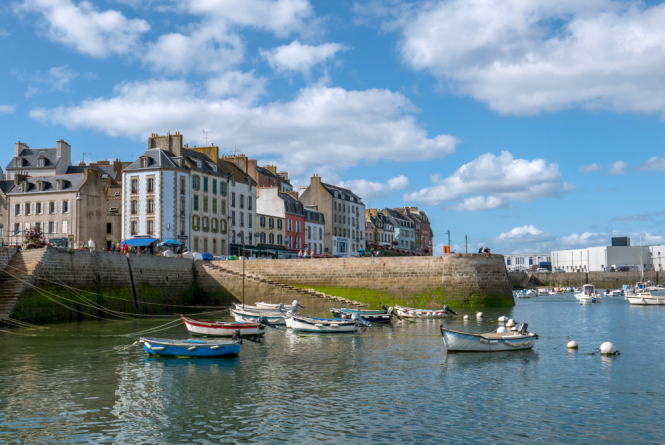 House prices in suburbs and rural communities are overtaking those in city centres, real estate studies have shown, with France set to hit a record 1.2 million transactions by the end of the year. We explain.

The Covid pandemic and lockdown are continuing to make a serious impact on the housing market in France, several studies from 2020-21 are suggesting, with more people buying homes away from city centres.

Up to now, it is the capital and the 10 largest French cities that have been driving up prices. But in 2021, prices and demand in more medium-sized and rural communities grew by +6.4% in one year.

The country is now on track to reach approximately 1.2 million transactions by the end of the year, online housing website Meilleurs Agents said in its most recent prediction report.

This historic figure would make 2021 "the best year ever in terms of sales, beating the already exceptional record of 2019, with 1.067 million sales", it said.

This has contributed to rising prices across the country, with the price per square metre in France having risen by an average of 4.9% in the past 12 months.

Property seekers, in search of more space as a result of lockdown, have mostly bought houses. Prices for houses have, as a result, risen almost twice as much as those of flats (+6% compared to +3.4% in one year), the report said.

This is especially true in medium-sized cities with good transport links, where many people are now working from home most of the time, and only need to visit Paris infrequently.

The trend is nothing new in Brittany, where prices have already risen by more than 38% in five years in Brest. Property sales in the region have continued to explode this year, with more than 118,000 transactions in 12 months.

This record figure represents a rise of 7.5% compared to 2020. House prices in the region are now 12% higher than a year ago, while flats are 11% more.

Even in the major cities, the suburbs are gaining in attractiveness, in contrast to city centres.

In Paris, for example, prices within the city centre have fallen by 1.5% in one year, while in the outer suburbs they have risen by 8.3%. Smaller cities are also gaining ground.

According to a ranking by estate agency network Orpi, the city of Limoges (133,000 inhabitants) has risen to fourth place in the Top 5 of the most sought-after cities, among the more traditionally-popular, larger cities of Nice, Lyon, Toulouse and Lille.

Prices have risen by 17% in Limoges, a city that attracts Parisians (14% of purchase searches on Orpi), and people from Bordeaux (10%) but mainly locals (54%).

The trend could be explained by the boom in ‘semi-main residences’ – secondary residences in which one spends half of the time.

This means people can keep a ‘pied-à-terre’ in the city, while also regularly enjoying life in a ‘country house’ or by the seaside. Very low interest rates on property loans and a sharp rise in the number of people working from home are thought to have contributed to this shift.

According to credit and market observatory Crédit Logement / CSA, the average property loan rate in France has is currently at a record low of 1.04%, which may also be a contributing factor in the booming real estate market.