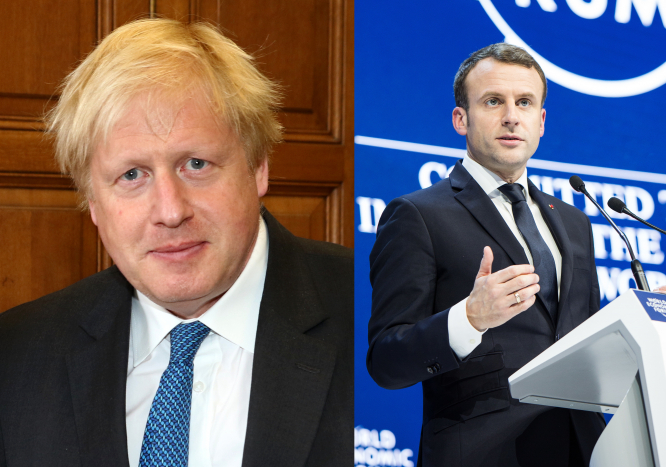 The British and French governments have both recently announced new restrictions relating to coronavirus, with case numbers rising in the two countries.

France has recently surpassed the UK in total number of coronavirus cases since the pandemic began, although the UK has still recorded the highest number of deaths in Europe, with around 10,000 more than France.

British Prime Minister Boris Johnson yesterday (September 22) warned the country may have to take stricter action to stem the spread of the virus, speaking in a pre-recorded televised speech.

“If people don’t follow the rules we have set out, then we must resolve to go further,” he said.

An update on coronavirus. https://t.co/3uCUJ5grBm

While in France, Prime Minister Jean Castex announced new coronavirus-related measures, including cutting down the self-isolation period from 14 to seven days, in a speech on September 11.

How the countries’ strategies compare:

In the UK, wearing a mask is also required in shops and on public transport. Prime Minister Johnson has now announced that staff in shops and restaurants will also have to wear masks, something that has been required in France for months.

In schools in France, teaching staff are required to wear a mask at all times, as are children over the age of 11. This is not required in the UK, although in Scotland and Northern Ireland secondary school pupils must wear a mask between lessons.

One major difference between the two countries’ strategies has been the UK’s decision to impose mandatory quarantines on people arriving in the country from places deemed unsafe, such as France.

Currently, anyone travelling from France to the UK will have to self-isolate for two weeks on arrival.

France stated that it would introduce reciprocal measures, but none have so far been announced.

The UK has not hesitated in reconfining certain cities, for example the city of Leicester was put under local lockdown at the end of June and varying degrees of restrictions have remained in place since.

France has so far avoided local lockdowns, with the exception of the department of Mayenne which saw stricter measures introduced in August. The measures, though, were nowhere near as strict as those introduced during the nationwide lockdown in Spring, which limited people from leaving their houses except for certain reasons.

France did warn the 20 biggest cities in the country to prepare for a local lockdown though, and since then stricter measures have been introduced in certain cities such as Paris, Lyon, Marseille and Nice.

In the UK, the four states have been setting their own rules on coronavirus measures.

For example, in Scotland and Northern Ireland people are now banned from visiting other people’s homes, a rule not in place in England or Wales.

Former health secretary Jeremy Hunt has called for these approaches to be more unified.

He told BBC news programme Newsnight that “wherever possible it is much better to stick together, because simplicity of messaging is one of the things that will make the biggest difference in terms of complying with the rules”.

This is in contrast to France’s approach, which has been to delegate coronavirus measures to different regions.

In Mr Castex’s September 11 speech, for example, he asked for cities such as Marseille and Bordeaux to come up with their own stricter measures. In another example, Nice introduced its own specific rules, including limiting the number of people meeting in public to 10.

France has also used a system of colours to denote areas of the country most at risk from coronavirus. Now, a majority of the country is considered to be in the ‘red zone’, which means the virus is actively circulating there.

The rhetoric from France’s government began in battling fashion, using a lot of ‘war-like’ comparisons that would see France defeat the virus. This has now softened and the most common refrain heard from President Emmanuel Macron these days is the need to “live with the virus”.

Like Mr Johnson, Mr Macron has ruled out another nationwide lockdown. He tweeted on Tuesday (September 22), “To protect our seniors, vigilance must not mean isolation. Social and family ties are just as vital. We must learn to live with the virus by adopting all the right reflexes.”

Prime Minister Johnson meanwhile is asking for UK citizens to take responsibility for stemming the spread of the virus.

“Never in our history has our collective destiny and our collective health depended so completely on our individual behaviour,” he said in Tuesday’s televised speech.

Both countries have dramatically increased how many tests they are carrying out in recent months.

In terms of numbers, the UK is far ahead of France. The UK is aiming to do 500,000 tests per day by the end of October. Recently in France, the government proudly announced it had reached its target of 1 million tests per week.

But in both countries there have been problems with people facing delays to get tested or to get test results back.

This has led a prominent biologists’ union in France to call for more prioritised tests, rather than just more tests.

Kim Nguyen, a member of the Syndicat des Jeunes Biologistes Médicaux, told Connexion that “it’s a good idea to test everyone because then it allows us to highlight the people who are asymptomatic. The problem is, when you surpass your analytical capacity,  you clog the system, meaning you can not even highlight the emergence of clusters [of coronavirus].”

No, France has not imposed quarantine on UK arrivals