Immigration is an opportunity for France, says President Macron 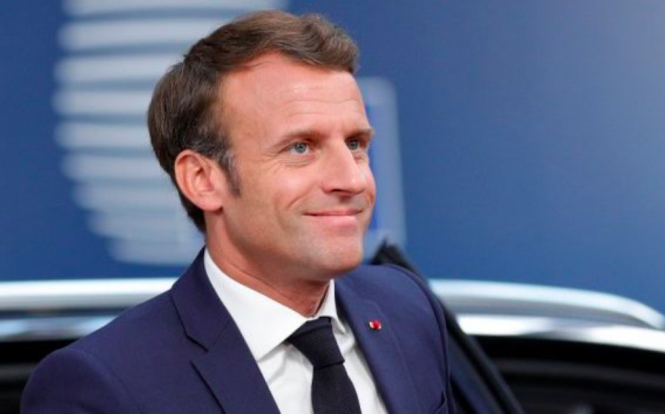 Mr Macron said he was not surprised that there had been protests during his presidency Pic: @ElectsWorld / World Elects/ Twitter

President Emmanuel Macron has given an in-depth interview on his vision for the future of France, paying reference to the importance of immigration, one year before presidential elections are due to be held.

Speaking to the magazine Zadig, he said immigration was “an opportunity for France.” He also said French society was “full of large interest groups”.

We summarise the main points.

The President spoke about national feeling in the wake of the health crisis. He said: “Today we feel a phenomenon of great fears and feel worn out by the times we live in, which the health crisis has accentuated.”

He also spoke of other factors “which don’t want to change”, namely France being “a society of large interest groups, similar to the guilds of the past.”

In the 17th century, guilds for different crafts were an effective way for the ruling classes in France to control production and reap taxes from workers. They were abolished during the French revolution.

He said: “If we have a collective energy and vision, we will be able to move forward. I think we have the possibility of doing so.”

African immigrants an 'opportunity' for France

The President said to African immigrants in France: “You are here because of the cruelties of history, through the will of your grandparents, your parents or your own will, and you are an opportunity for our country.”

He added: “France is what we will it to be everyday, it is not a fixed identity.”

President was ‘not surprised’ by gilets jaunes protests

Mr Macron said that even though he did not expect the gilets jaunes protests at the time, he was not surprised that they happened.

He said through the gilets jaunes protests “France rediscovered violence. Political and military violence have existed for many years in our democracy, with the return of the Black Blocs in European elections and in France in 2016.”

In France, Black Blocs - activists dressed in black with balaclavas who join together to form a unit during protests appearing like a black block in the crowd - have a growing reputation for violent protest, including burning cars and breaking windows.

Mr Macron said: “With the gilets jaunes we have seen a return to violence in society. We have returned to one of the founding ideas of our old country: the peasant revolt.”

Explanation for frequent use of roped party metaphor

The President also spoke about his frequent use of a metaphor referring to the leader in a group of mountain climbers joined by a rope (premier de cordée, in French).

He first used the metaphor in October 2017, to describe his political philosophy. He said: “If we start to throw stones at the people leading the roped group, everyone will fall down.”

The left took this as an explanation of Mr Macron’s budget which favoured the wealthy, and evidence of him being a ‘president for the rich’.