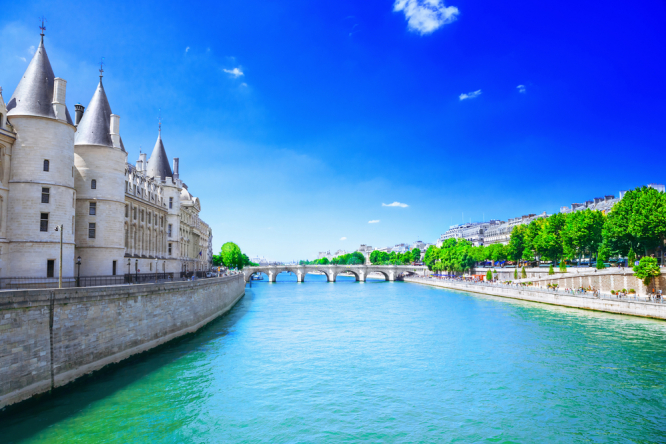 It is still not yet clear whether the Seine river will be open for public swimming after the 2024 Paris Olympics, and the majority of people in France still have a negative view of the river, a poll has found.

In 2015, Paris mayor Anne Hidalgo said: “We will suggest that the triathlon race takes place in the Seine, near the Hôtel de Ville.”

This week, Sam Azimi, from the Paris clean-up union le Syndicat interdépartemental pour l'assainissement de l'agglomération parisienne, told Le Figaro that the quality of the Seine is currently "not bad at all" and that the aim of holding events in the waterway was still within reach.

He said that thirty species of fish live in the river today compared with five in the 1970s, and added: "Over the last 40 years, we have drastically reduced the rate of bacteria in the Seine. Today, in dry weather, we are close to the regulatory limit for swimming.

“Around half of the time, we can swim. We're almost there [for the Olympics].”

The goal is to clean the river enough so it is suitable for Olympic athletes in 2024, and the idea is then to keep 23 sites open after the Olympics for public bathing.

This is set to be a particular challenge as making sure all stretches of the river are safe for older people, children or those with a fragile immune system is likely to be more difficult.

In addition to passing boats, the water has long contained bacteria such as E. coli and other microbes that can cause intestinal issues.

As far back as August 2, 1921, laboratory researchers told Le Figaro: “Firstly, people should close their mouth while swimming, so that they swallow as little of the bacteria as possible.”

And people’s perception of the waterway today is still less-than-positive.

A survey from July 1 by pollster Ifop found that 70% of people in France consider the river to be “polluted”, “dirty”, “dangerous” or “smelly”, with just 12% saying they would like to swim in the water.

It comes after Arthur Germain, 19-year-old athlete and son of mayor Ms Hidalgo, swam 770km over 49 days from the source of the Seine to Le Havre, arriving on July 24.

He challenged the public’s view of the river, and said: “From what I’ve seen, the Seine is not just a flowing rubbish bin, like some people think.”

Yet, most of the river remains off-limits for the general public, with a Paris prefectural decree dating back to 1923 stating that swimming is punished by a fine of €15.

In 2017, the capital experimented with opening some parts of the water, including Villette, which also included water flowing from the Canal de l’Ourcq. This was quickly shut down after the city’s mairie found that bacteria was above permitted levels, likely due to heavy rainfall.