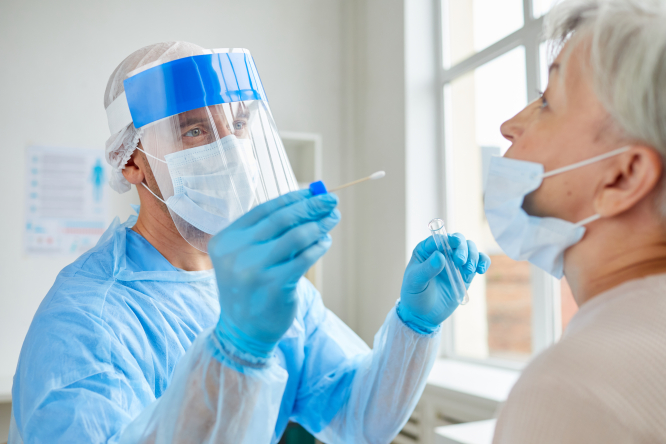 Anyone wishing to travel to France from non-EU countries such as the UK will need to bring with them a negative PCR or antigen test result from tomorrow Pic: SeventyFour / Shutterstock

All travellers from outside the EU would need to take a test within 48 hours of their departure for France regardless of their vaccination status from Saturday, December 4, French government spokesperson Gabriel Attal announced on Wednesday December 1.

He did not, however, specify which type of tests would be accepted.

A decree published yesterday in confirmation of the new rules stated only that: “The only antigen tests which can be taken are those which allow for the detection of the SARS-CoV-2 N protein.”

The Connexion contacted several UK travel test providers, as well as the Departments of Health and Social Care and Transport, and none of them could tell us whether the ‘fit to fly’ rapid antigen tests offered by most companies would be suitable.

However, UK-France travel operators have now updated their advice, confirming that an antigen test will be acceptable.

Rapid antigen tests are cheaper and quicker to do than their PCR counterparts, generally coming in at around £20-£35 (although they may be more expensive at in-person clinics) as opposed to £45-£90.

Antigen tests then produce results within half an hour, while standard PCR tests take at least 24, if not 48 hours or more to come back.

If travellers are able to take an antigen test, they can often do it in an airport or station test centre before they begin their journey, as opposed to having to order a kit to their house or go to a walk-through service in advance.

Most UK airports – as well as London St Pancras station – have a list of on-site test centres where you can book pre-departure tests.

On its website, Eurotunnel now states that: “Fully vaccinated passengers over 12 years of age require a negative result from a non-NHS PCR test or a non-NHS antigen (lateral flow) test taken no more than 48 hours before travel.

“At French border controls you will need to present digital or paper evidence of the negative result from the test provider.”

The Eurostar website confirms these instructions, adding that “more details will be available on the French government’s website shortly.”

This website of the French consulate in the UK was updated at around 10:00 this morning (December 3) and now states:

“From December 4, vaccinated people aged 12 or over wishing to enter France from the UK must come with the result of a PCR or antigen test carried out less than 48 hours before their journey begins.

“Please note that self-administered tests whose results are not certified by a laboratory (for example, those distributed by the NHS) are not authorised for travel.

“You must therefore go to a private company proposing a similar service. There is no specific test linked to the newly identified variant.”

At the time of writing, neither the UK government nor the French Interior Ministry website contains any reference to the new rules.

Air France’s website has also been updated to state that: “Passengers aged 12 years and older must hold a negative PCR test result or an antigenic test result taken less than 48 hours old prior to boarding.”

Other travel companies have not updated their instructions for fully vaccinated travellers. The Connexion has contacted British Airways, Ryanair, Irish Ferries and DFDS Ferries to determine whether any passengers who have not been notified of the new rules will still be able to travel.

How do I get a Covid-19 test in France to return to the UK?

US to tighten Covid rules for travellers from France and elsewhere