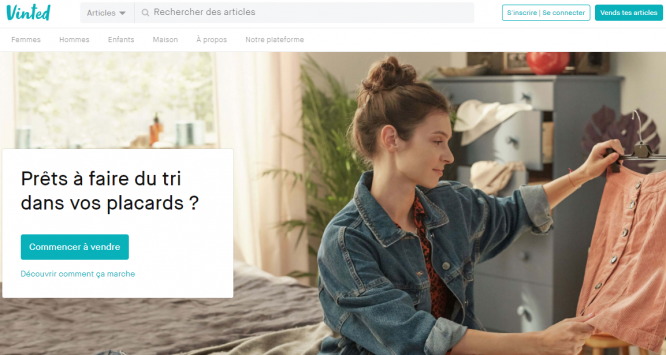 A French consumer group has launched a legal action against European online second-hand clothes marketplace Vinted over the advertised price of products on its website.

"We are launching a group action so that all buyers obtain the reimbursement" of an 'illegal' commission," Raphaël Bartlomé, legal manager of UFC-Que Choisir, told FranceInfo.

The group said it was impossible for buyers using the website not to pay this commission, even though it is presented as optional.

"When you actually buy a product for €5, this commission is 95 centimes. Why is it not stated from the start? The product will not cost you €5, but it will cost you almost €6."

It said that the 5% commission fee is added to the price at the payment stage but then removed from the invoice summary.

UFC-Que Choisir does not know the exact earnings collected by Vinted, but estimates that it could amount to tens of millions of euros, since the commission is 5% of the price of each sale.

"It has 120 million visitors per year on its application. It is colossal, with an extremely large number of transactions. This is why we are launching this group action," Mr Bartlomé said.

"Our action will concern all users of the application since 2016."

The group has called for all customers between 2016 and 2021 to have this commission fee reimbursed: "This commission must be reimbursed. It has not been presented in a transparent manner, neither in principle nor in amount," Mr Bartlomé said.